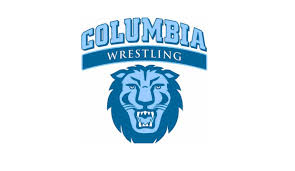 Columbia is here to wrestle people!! I can't tell you how impressed I've been with the commitment I've seen from the Lion program. Have you seen their 2022-2023 schedule? Ohio State, Michigan, Pittsburgh, Oklahoma State, Princeton, Pennsylvania, Cornell & Lehigh! Holy cow! They aren't messing around!! If that ain't enough, both CKLV & The Salute to Service!  I expect some big things out of Columbia this year & I think we're going to see them.  Steve Santos was the Lions last All American in 2013, I think we could very well see one this season.  You know when the last time Columbia crowned at two time EIWA champion? 1915.  Actor Nat Pendleton, a 1920 Olympic silver medalist.  It's been over 100 years & Matt Kazimir could very well do it.  The IVY league as a whole is stepping it up with their wrestling & Columbia is a huge part of it.

Joe Manchio enters his final season of eligibility a three time EIWA place-winner & a two time NCAA qualifier. A EIWA finalist in 2020, making another EIWA final may be a tall order as the weight class returns both Ryan Miller of Pennsylvania & Pat Glory of Princeton. However, EIWA bronze is most certainly within Manchio's grasp. He's already proven he can defeat Lehigh's Jaret Lane with a 4-3 decision.


19-10 on theseason last year, junior Angelo Rini captured a 7th place finish at the EIWA championships. Wins over Anthony Sobotker of Binghamton & Anthony Koderhandt of Navy, he will look to improve upon his EIWA finish & contend for NCAA qualification this season.

It was 1915 the last time the Lions crowned a two time EIWA champion. This year, Matt Kazimir has an opportunity to win his second title as he was the EIWA champion last year. For the record, it also his opportunity to make the finals for the third time, as he was an EIWA runner-up in 2020.  Also on the table is to earn All American honors. He defeated Penn All American C.J. Composto twice last season by scores of 9-2 & 6-4.  He also took preseason #1 Cole Matthews of Pittsburgh into the tiebreakers as well.

20-12 on the season last year, Danny Fongaro was 5th in the EIWA. He will look to improve upon his finish & contend for NCAA qualification this year.


A match away from placing at CKLV last season, I can Kyle Mosher contending for NCAA qualification this season. Among his victories, a 1:55 fall over Bryce Hepner of Ohio State.

Here's another Lion I can foresee contending for NCAA All American honors this season. Josh Ogunsanya was 21-8 on the season last year capturing 7th place honors at CKLV & a runner up finish at the EIWA's.  Among his victories of note, he defeated Lehigh's Brian Meyer twice, with a victory over 2021 NCAA runner-up Jake Wentzel of Pittsburgh as well as a win over Cornell's Julian Ramirez.

I was surprised that Nick Fine didn't make the NCAA tournament last year, but I do feel that he will make it this year. 23-12 on the season, 7th in the EIWA, he had a victory over Army's Ben Pasiuk.


Posted by Stephen Stonebraker at 7:07 AM