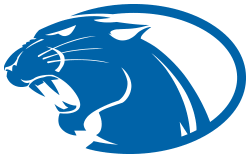 As it always is with opens, you never quite know what to expect. What I can tell you is, if everyone brings their A players, we're going to see some really good wrestling this upcoming Saturday in York, Nebraska.

Our lightest of the weight classes could get very interesting.  On paper this weight class looks to belong to two time All American Daniel Vargas of Doane who has thus far captured NAIA national finishes of 5th & 6th.  What a huge upset as well as a huge statement it'd be for Jonathan Ortegon a Sooner Athletic Conference (SAC) champion who was R12 at last year's NAIA championships if he were to upset the Tiger. Both Harley Williamson and Dezmond McSellers are looking to make some noise this season, what better place to do it than on your home mat?


We could definitely see some good things here at 133 lbs.  An All American with a 5th place NAIA finish in 2021, Alex Pena can't be too happy with his performance at nationals this past season. I'd imagine he's red hot & anxious to redeem himself this season & make it back on the award stand. The York Open (should everyone show up) will prove to be a good test for him. On paper I would look for Kolby Encinas (fat fingers above, sorry)  of Oklahoma Wesleyan to be his finals opponent. Encinas made the KCAC finals this past season.  I'd also look for good performances out of Hastings' Kavika Aholelei & Northwestern's Manny Jaramillo. Jaramillo defeated Aholelei in the opening round of the GPAC tournament last season 16-11 sudden victory, but it was Aholelei who finished 4th to Jaramillo's 5th.  Wouldn't at all be surprised if these two didn't duke it out for 3rd place.

Baagi (shouldn't write these on no sleep) Boldmaa of Doane will be going for his fourth NAIA title this season. No doubt about it, if he enters this tournament, it'll be a cake walk for him. With that said, it is fun to ponder who will be his finals opponent. My bet would be Hastings Edrich Nortje who was 3rd in the GPAC this past season. While I think Boldmaa would win quite decisively, it'd still be a treat to watch as here in the United States, at the collegiate level we don't get to see too many foreigners compete. It's especially rare when they compete against one another. It'd be South Africa Vs Mongolia in this one.

You got something to prove, this would be the place to prove it. If all of the teams bring all of their wrestlers, 149 lbs could easily end up being the toughest weight class. Everyone here as something to prove. Logan Johnson, who I would call the Eagle's top star this season had a disappointing KCAC this past season. A good start can easily erase the memory of a bad end. With the competition he has to face here, victories would do a lot for his confidence. I've already made it clear in my Oklahoma Wesleyan preview how I feel about Chad Sakamoto. I think the guy is a tremendous talent if he could simply learn to get out of his own head & get some consistency. He might not get a great seed or a great draw here, but there's nobody here that he can't beat. He puts it together, this is a title he can add to his resume. With that said, I know damn good and well that Brayden Smith plans on getting his hand raised every time he steps onto the mat this weekend. He was picked to win the KCAC title last season until Sakamoto upset him & he had to settle for 3rd. I have no doubt he wants to silence my what ifs & show me that he is the top dawg here in this tournament. We also have John Fox, another home team favorite who was 2nd in the KCAC this past season. Could see two Panthers duking it out in the finals. Let's also not forget GPAC runner-up Tristan Zamilpa of Doane as well as Trystan Berry of Hastings & Eric Rodriguez of Northwestern who are all very familiar with one another. There won't be a bad match throughout this ENTIRE bracket if everyone shows up.

What does everyone at their own home tournament want to do? They want to win their tournament and they want to win it in fashion. What better way to do so than to have a huge upset on your resume? That's what it'd be for Keegan Miller-Page of York if he were to get a victory over Chinges Tsermaa of Doane. A GPAC champion against a 3rd placer in the KCAC.


Here's another opportunity for upset. Cody Dixon of Wayland Baptist won a SAC title as he took 8th at last year's NAIA championships. Jaden Weldon, was a runner-up in the KCAC.  An upset may be farfetched thinking, but I do think that Weldon not only can, but will give Dixon a respectable match.

Could very well see a rubber match between Doane's Michael Scarponi & Northwestern's Jacob Francksen Small. It was Small who won a 9-5 decision in the dual, but Scarponi who won a 18-10 major decision at the GPAC tournament. This could be our final. Then again, Lennorise Echols of home team York really turned it on at the end of last season. Despite only being 14-23, he made the KCAC finals. Can he get past Scarponi and Francksen Small to win a title? We'll see.


I believe our final here will be between GPAC champion Luke Jennes of Northwestern & SAC runner-up David Willoughby of Wayland Baptist. Both went 1-2 at the NAIA championships last season & to my knowledge have not met yet in their collegiate careers. Considering that Jennes defeated Cael Jordan of Doane decisively on two occasions last season, I don't see an upset here. He beat him 11-0 major decision in the dual & then pinned him in 6:37 at the GPAC championships.  Jordan then medical forfeited to teammate Garrett Cornwell for 3rd place. Hopefully this time if they met in the consolation finals, they wrestle.


As a wrestling fan I think it's always fun and it's usually popular to see brothers both win tournament titles. I think that's likely here at the York Open. Bradley Antesberger was 2nd in the GPAC last season while Brandon won a GPAC title. I think they both should win titles here.

Posted by Stephen Stonebraker at 7:45 AM