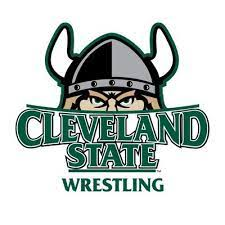 Here's another program that has been making improvements and no one seems to be noticing.  I think the Vikings are in serious contention to qualify five wrestlers to the NCAA championships this season. If not for the transfer of Logan Heil to Campbell & the mystery as to where three time MAC place-winner Riley Smucker is, I'd even say as many as seven. That's pretty good for a program that was on the brink of extinction not all that long ago.


12-12 on the season, Jacob Manley took a 7th place finish at the MAC last year.  I think he can turn his .500 record into a winning one & climb higher on the award stand at Conference.  I would place him in contention to be one of the top 33 by year's end as well.

It doesn't get more inconsistent & unpredictable than Caleb Rea. The West Virginia transfer can go from 0-100 to 100-0 multiple times throughout the day. You never know what you're going to get when Rea steps onto the mat.  A 9-16 record may not indicate much, but when he's on, he can be dangerous. He took Ryan Jack of North Carolina State to the edge, in a wild 8-7 loss. Then he had his way with Franco Valdes of Chattanooga in a 10-5 victory.  What is for sure is that based on history, all of his notable wins are going to be upsets, but keep this in mind....Upset on more than one occasion he will do this season.


Here's a guy that has twice came into the MAC championships & proved himself by making the finals back to back.  He now goes up to the 157 lbs weight class to prove himself eight pounds up.  He was 19-6 on the season last year.

The NCAA shocked me by leaving DeAndre Nassar home last year. The 2021 NCAA qualifier was 3rd in the MAC two years ago & 4th this past season.  He had wins over R12 Max Lyon of Purdue as well as SOCON champion Matthew Waddell of Chattanooga.


Another NCAA qualification hopeful for the Vikings is Gardner-Webb transfer Anthony Perrine.

Posted by Stephen Stonebraker at 8:11 AM