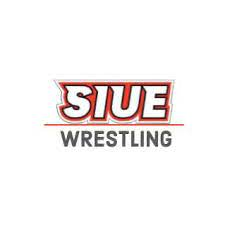 If you've been following me for long, you know that I'm a big Jeremy Spates fan. I have a lot of faith in him & know that eventually he'll turn the SIUE program into a winning one.  Matter of fact, "faith" is the word to describe my feelings on Cougar wrestling. This season a lot of "Could be" and "maybe."  He has wrestlers on his roster with plenty of potential, it's just a matter of getting it done. Note that I'm not sure of the current whereabouts of Justin Ruffin.

Truth is, we haven't gotten to see a whole heck of a lot out of Aaron Schulist during his collegiate career. Already a junior by eligibility standards, he's wrestled a total of 15 matches. Nevetheless, if healthy and if he wrestles a full season, I think he's capable of doing some good things for the Cougars this season. A top 8 MAC finish & contention for an NCAA qualification.


16-9 on the season, I was a little surprised when 2021 NCAA qualifier Saul Ervin did not make a return trip to the NCAA championships. 4th & 6th thus far in the MAC, I do believe he will qualify this season. He has victories over Frankie Tal Shahar of Northwestern & Dylan Cedeno of Virginia


An NJCAA champion for Ellsworth Community College, I think this will be a better season for Cardi Wilson than was last. I think talent wise he has the ability to be a MAC place-winner & an NCAA qualifier.

4th in the MAC this past season, look for Ryan Yarnell to have another high finish within the conference.

Speaking about faith....  Here's a guy that will be going for his fifth MAC medal this season.  Thus far he's been 2nd-7th-6th-5th in the MAC, with his one and only NCAA qualification coming from his freshman season of 2019. There's absolutely no reason at all that he shouldn't walk out of the MAC with a top 3 finish & his second NCAA qualification this season. Matter of fact, I'd say he's even a darkhorse to win an MAC title.  He wrestled Jon Spaulding of Edinboro to a 3-0 decision & I don't think that an upset over Isaac Reid of Lock Haven is out of the question either.


Posted by Stephen Stonebraker at 12:25 PM