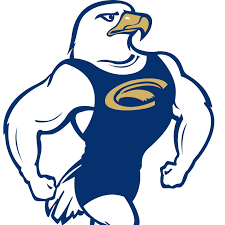 Here's a team that has been steadily improving over the seasons & has not been receiving much credit or recognition for it. It's funny that in the sport of wrestling, critics and fans alike can be heard loud & clear when a program falls from grace, but when it gets back up after falling down, silence suddenly become golden. How's the 22'-23' season look for the Golden Eagles? Well, on paper they have a team that is as good as seven NCAA qualifiers as far as I'm concerned.


Talk about getting the short end of the stick last season. Joey Fisher was 23-11 on the season a MAC runner-up with wins over Luke Werner of Lock Haven & Logan Heil of Cleveland State & he was still left home.  Hopefully this season he garners a few more quality victories & gets a trip to the dance.

Another Golden Eagle very capable of NCAA qualification this season is Seth Koleno. 28-9 on the season last year he was 5th in the MAC with some very impressive wins.  Not only did he stick MAC runner-up Josh Mason in 1:36, he also defeated the Husky 10-6.  Among his other victories, Kyran Hagan of Ohio, Kaden Cassidy of George Mason & Saul Ervin of SIUE.

The Fat lady sang! We done through a retirement party, but Brent Moore pulled a Rowdy Roddy Piper on us and he WILL return for another season! Figured Shawshank had a redemption, he might as well too.  21-7 on the season, the 2018 NCAA qualifier did not have a happy ending to the MAC championships.  Well, it wasn't an ending after all! A 0:59 fall over Ohio's Alec Hagan indicates what Moore is capable of this season. An MAC title? What a story that'd make if he's able to pull it off.

Another Golden Eagle with NCAA qualification potential is Trevor Elfvin. 10-4 on the season, a nice win over Rutger's Robert Kanniard.

Either one of these guys in NCA A qualification material.  Cam Pine, 22-7 on the season with wins over Matt Olguin of Oregon State & Cardieonte Wilson of SIUE. Kolby Ho 16-9, 7th in the MAC with a win over Alex Hornfeck of West Virginia. Will be a good wrestle-off.


Potential, Potential, Potential!! You sick of hearing that word yet? Here's another guy that could be an NCAA qualifier for the Golden Eagles this season. 18-9 on the season, a win over All American Jackson Turley of Rutgers, John Worthing was 6th in the MAC last season.


An MAC runner-up for the Golden Eagles last season, Will Feldkamp moves down to 184 lbs this season. 20-6 on the year, anxious to see how he does a weight class lower.

14-7 on the season last year, Tyler Bagoley lost a heartbreaker at the MAC championships last season when he finished one match shy of NCAA qualification when he lost his true 2nd place match. Going down to 197 lbs this season, it'll be interesting to see how he does.


Posted by Stephen Stonebraker at 7:39 AM