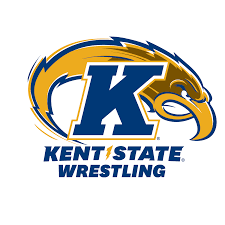 Something to prove. Simple and to the point, that's how I'd describe Golden Flash wrestling this season.


Snubbery can sometimes be found easily enough in NCAA DI wrestling. While a 3rd place MAC finish was enough to send Jake Ferri to the NCAA's in 2021, it was not enough to send him in 2022.  While conference finishes are not the end all deciding factor on who goes & who doesn't go, also keep these facts in mind as well. Ferri was 7th at CKLV & during the season had wins over Jacob Allen of Navy, Jace Koelzer of Northern Colorado, Bryce West of Northern Illinois, Tanner Jordan of South Daktoa State, Fabian Gutierrez of UT-Chattanooga &  Brock Bergelin of Central Michigan. I don't just say he was one of the best to be left home for the fun of it. I say it, because it's true.  26-9 record.


Of all of the defending champions in all of the conferences in NCAA Division I wrestling, I would say MAC champ Kody Komara has the most work cut out for him. Many will doubt his ability to defend his title this season. He has something to prove.


15-16 on the season last year, Tyler Bates was 5th in the MAC championships. This season he'll look to have more wins than losses & improve upon his MAC finish.
Posted by Stephen Stonebraker at 5:52 AM