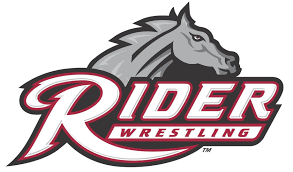 Looks to be a pretty good year for Rider wrestling as I can see as many as four Broncs bringing home MAC titles this season.

24-9 on the season, Richie Koehler was a match away from placing at the Southern Scuffle as he brought home an MAC championship.  He will once again be the forerunner to win a title this season.

Here's another Bronc that will contend for a MAC title this season. 6th at the Mat Men Open last season, he garnered a 10-5 decision over Edinboro's Gabe Willochell.

An NCAA qualifier in 2021, junior Jake Silverstein will look to qualify for the NCAA's this season.


Coming off of a redshirt, Ethan Laird returns for his final season of competition.  A couple of seasons at HWT, he has moved back down to the 197 lbs weight class.  A MAC champion in 2019, he has runner-up finishes from 2020 & 2021.  He will be a favorite to once again win an MAC title this season. I would also call him, among the warzone that is 197 lbs, an All American candidate.

Posted by Stephen Stonebraker at 6:18 AM