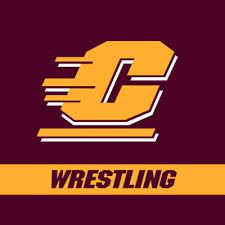 Graduation has hit the Chippewas hard in a few areas.  Gone from the lower weights is  three time NCAA qualifier & two time MAC champion Dresden Simon as well as Drew Marten an NCAA qualifier from 2020. Then of course the biggest loss, from the upper weights, HWT Matt Stencel, the MAC's ONLY five time champion, a wrestler with 110 victories, 74 of them via fall. That's not all either.  Brock Bergelin, Aaron Bolo & Bret Fedewa area all missing from the current lineup as well. Not sure what is going on there.  The plus side is, Central Michigan is looking tough throughout the middleweights.

After two seasons at 157 lbs, Johnny Lovett will move down to 149 lbs this year. Thus far 3rd & 2nd within the MAC, this could be his year to win a conference title.  He was 22-8 on the season last year.

26-9 on the season, Corbyn Munson qualified for the NCAA championships with a 3rd place finish at the MAC tournament. This season he moves up to 157 lbs & it'll be interesting to see how he does 8 lbs up.


23-11 on the season last year, Tracy Hubbard finished one match shy of NCAA qualification when he finished 4th in the MAC.  While it will still be a challenge, I do believe he will qualify for the NCAA's this season.


Injured this past season, I do believe that if Alex Cramer is 100% healthy, he will be another NCAA qualifier for the Chippewas. He's defeated Cleveland State's Riley Smucker twice, and he has victories over Kolby Ho of Clarion & Neil Antrassian of Virginia.


Posted by Stephen Stonebraker at 6:54 AM