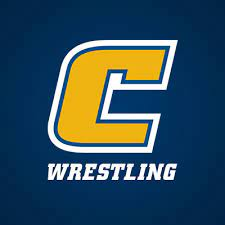 Looks to be a pretty competitive year for the Mocs. I see as many as seven making their way to the NCAA championships this season & four of those seven contending for individual SOCON titles.  Gone is three time NCAA qualifier & SOCON champ Fabian Gutierrez & Drew Nicholson has decided to spend the remainder of his career at Virginia Tech.


A transfer of Stanford, Logan Ashton qualified for the NCAA championships last season with notable victories over Greg Diakomihalis of Cornell, Antonio Lorenzo of Cal Poly and Patrick McCormick of Virginia.

24-9 on the season, Brayden Palmer qualified for the NCAA championships with a 3rd place finish at the SOCON. This season he will battle it out with Appalachian State's Sean Carter for an individual conference title.


Another 3rd place finisher from last year's SOCON championships who will contend for an individual conference title this season is Franco Valdes. 15-10 on the year, he'll need to figure out Campbell's Shannon Hanna, who has thus far defeated him in all two point matches.  It is most likely to be our SOCON final & it'll be a good one.


18-8 on the season, I do believe Noah Castillo, who was also 3rd in last year's SOCON championships can be an NCAA qualifier for the Mocs this season.

Ohio State transfer Rocky Jordan is an excellent pickup for the Mocs who will immediately challenge for the top spot within the SOCON & give UT-Chattanooga their best hope for an All American.  While this will be his first season at 174 lbs, he has more than proven himself at 184.  A two time NCAA qualifier he has victories over All Americans Clay Lautt of North Carolina & John Poznanski of Rutgers.

Down from 197 lbs, Matthew Waddell has the opportunity to join the rare club of being a four time SOCON finalist & a two time SOCON champion.  17-12 on the season last year, he won his first conference title & will look for title #2, along with NCAA qualification #4.


Another hopeful for NCAA qualification this season for the Mocs is 2021 NCAA qualifier Logan Andrew.


Posted by Stephen Stonebraker at 8:50 AM