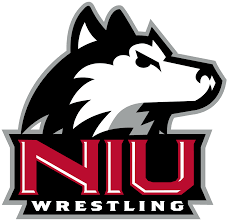 Here's a program that has been making improvements throughout the last few seasons & they're not getting a whole heck of a lot of recognition for it. They're still not at the level they were at 20 years ago, when they were producing wrestlers like Ben Heizer & Scott Owen, but they're a lot closer now than what they were say 6-7 years ago. It's very feasible that the Huskies could qualify as many as six to the NCAA's this season. I would say eight and feel even better about Northern Illinois' 22'-23' season if I knew what the situation was with MAC champs Mason Kauffman & Brit Wilson (an All American in 2021). Neither are listed on the current roster. Nonetheless, this should still be a good year for the Huskies.

This should be a good wrestle-off between two young talents.  25-2 on the season last year, Blake West was one match shy of a medal at the Mat Men Open with an impressive victory over Anthony Molton of Campbell.  Lucian Brink captured an 8th place finish at the Mat Men Open. He also defeated Molton & he also had a win over Campbell's Zurich Storm.


Bryce West heads into his senior season a two time NCAA qualifier and a four time MAC place-winner.  Thus far he's been 3rd-7th-5th-7th.  Looking at past results, I would say West is capable of a high conference finish.  He's wrestled both Richie Koehler of Rider & Cole Rhone of Bloomsburg to close matches. Neither are out of his league.  Win an MAC title? It's doable. As is a runner-up finish or a 3rd place finish.


17-16 on season Jaivon Jones was one match shy of NCAA qualification with a 4th place finish at the MAC championships last season.  He was also one match shy of a medal at the Mat Men Open.

A bit of a disappointing season for Anthony Cheloni after placing 3rd in the MAC in 2021.  Nevertheless still had wins over Willie McDougald of Oklahoma & Luke Kemerer of Pittsburgh. Should be back to form again this season & earn another qualification.

Very excited to see Tulga Zuunbayan on the mat this season. The 2021 NJCAA champion for Harper College had some impressive wins last season including a 4-3 victory over Johnny Lovett of Central Michigan & a 10-8 sudden victory over Trevor Chumbley of Northwestern.  He first has to get past Anthony Gibson. 6th in the MAC, he was one match shy of a medal at the Mat Men Open & 20-13 on the season. Will be a good wrestle-off.


A three time MAC finalist, Izzak Olejnik won a MAC title this past season. Along with defending his title, he will also contend for All American status this season.  A 8th place Midlands finish in 2020, he was 4th in the Mat Men Open this past season. 26-6 on the year, an impressive win over All American Zach Hartman of Bucknell 7-3, he also defeated Thomas Bullard of North Carolina State 4-2.


Posted by Stephen Stonebraker at 5:11 PM