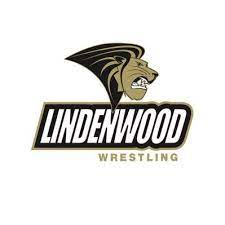 Looking on the bright side of things, I am very happy to see that the state of Missouri now has two NCAA DI wrestling programs. Will this get Missouri State or Southeast Missouri State to reinstate their programs? Hey, one can hope right? As it is for all programs that transition to DI, it'll be a challenge for the Lions.  I know for a fact that Colby Smith would have been just fine with it, seeing that he WAS an NCAA DI qualifier for Appalachian State in 2017, but his eligibility is up. The two time NCAA DII All American has since graduated.  Same goes for Nate Trepanier a Super Region IV runner-up, who finished one match shy of NCAA Division II All American status last season.  With that said, I still think the Lions have two wrestlers on their roster who will hold their own against the DI competition they face this season.

Four time NCAA DII qualifier Tanner Hitchcock was 7th in DII in 2021. He'll test the waters of DI this season & I can see him representing very well. He owns a 4:03 fall over Drew West of Gardner Webb.


Another Lion to look out for this season is Isaac Jacquez. An NCAA DII qualifier last season, he was 3rd in the Super Region IV last season.


Posted by Stephen Stonebraker at 8:08 PM