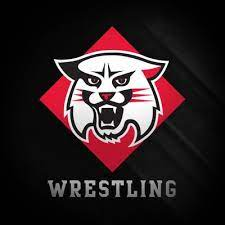 Love to see Davidson get some on through to the NCAA tournament this season. While they have had their ups & downs, they do have two talents on their team very capable of doing so.

17-11 on the season, Bryce Sanderlin gives the Wildcats a hope for NCAA qualification this year. Among his victories, he defeated Trevor Elfvin.


Another Wildcat who has shown promise is Gavin Henry.  Among his victories last season, a 9-6 decision over SOCON champion Matt Waddell of UT-Chattanooga & a forty second fall over MAC 3rd place finisher Kyle Davis of George Mason.

Posted by Stephen Stonebraker at 5:07 AM