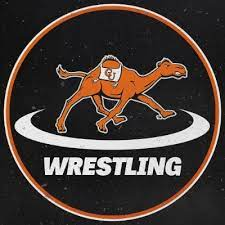 As they have been throughout the last four season, Campbell once again looks to be the dominant team within the SOCON. Last year they set a record of sending six to the NCAA championships & already this season they look to break that record.  Gone is five time NCAA qualifier, five time SOCON finalist & three time SOCON champion Josh Heil. Who also made the finals of both the Southern Scuffle & the Midland, while also winning titles at both Reno & the Mat Men Open during his career.  He also for the record, was 6th in CKLV.  Also gone is three time SOCON finalist, two time SOCON champion Chris Kober, as well as SOCON finalist Korbin Meink.


I would imagine that Anthony Molton has a bit of a chip on his shoulder as he enters his sophomore year of competition.  Twice during his collegiate career, he had his school tell him that he was not needed or wanted as both Old Dominion & Fresno State unremorsefully dropped their wrestling programs. Well he is wanted & he is appreciated  at Campbell, and he will do good things for the Camels.  Wins over Sheldon Seymour of Lehigh & Spencer Moore of North Carolina thus far.


We got ourselves a battle for varsity here at 133 lbs.  Logan Heil a transfer of Cleveland State Vs Domenic Zaccone.  Heil has impressive victories including a 2:10 fall over Micha Roes of Binghamton & a 9-4 decision over Jake Ferri of Kent State.  Zaccone an NCAA qualifier last season, owns a 5-4 victory over All American Devan Turner of Oregon State. Will be a good wrestle-off.


Another outstanding talent that Old Dominion ridiculously parted ways with, Shannon Hanna was 17-7 on the season last year bringing home a SOCON championship for the Camels. Among his notable victories, Ryan Jack of North Carolina State.


Filling in for a talent like Josh Heil is going to be no easy task, but I would expect some good things out of Justin Rivera this season. 11-1 on the season last year, he impressed with a 17-2 technical fall over Appalachian State's Heath Gonyer.

One match shy of NCAA qualification in the SOCON's toughest bracket last season, Troy Nation will most certainly contend for NCAA qualification this season.  Wins over Selwyn Porter of the Citadel & Brian Meyer of Lehigh help to solidify that claim.


I still can't believe that Austin Murphy was not selected as a wild card for last year's NCAA championships. A SOCON champion & NCAA R12 in 2021, he was a SOCON runner-up this past season. I'd expect him to be on fire this season.

Two time SOCON Champion Caleb Hopkins will look to win his third title this season. His best competition will come from Matthew Waddell of Chattanooga who he has already defeated twice by identical scores of 5-2.

13-8 on the season, Levi Hopkins took 8th place at the Mat Men Open last season. He will contend for NCAA qualification this season.


A SOCON Champion this past season, it ought to be a cakewalk to win another title this season for Taye Ghadiali who was 20-4 last season.

Posted by Stephen Stonebraker at 8:00 PM