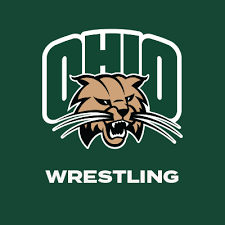 Here's the deal. Ohio has a good team. Matter of fact, the Bobcats have the talent on their roster to qualify seven to the NCAA championships this season.  It's simply a matter of putting it together at the right time. It was not the prettiest of MAC tournaments for the Bobcats last season, but they more than have the ability to completely make up for it this year. The Bobcats could really surprise a lot of people.  Gone is Mario Guillen a two time NCAA qualifier & I am unaware of the current status of Jordan Earnest.


19-11 on the season last year, Oscar Sanchez took a 6th place finish at the MAC championships. Among his victories, he defeated Northern Illinois' Bryce West twice & had a win over Jacob Allen of Navy.


18-9 on the season, Gio DiSabato was 4th in the MAC last season. Among his notable victories, Cole Rhone of Ride & Aaron Schulist of SIUE.


Kyran Hagan really surprised me last season by not having a better MAC tournament. It'll be just as loaded this season as it was last season, but Hagan has proven that he's very capable of doing quite well. Matter of fact, I'd call him a title contender.  A 3:37 fall over Josh Mason of Bloomsburg & a 13-2 major decision over Gabe Willochell of Edinboro are testimony enough.  He also for the record has wins over Caleb Rea of Cleveland State & Cayden Rooks of Indiana.


I'd put Alec Hagan into the same category as his brother Kyran.  26-8 on the season last year, the 2020 NCAA qualifier really surprised me by not having a better MAC tournament. 3rd in 2020, he was 7th last year. As to capability, I'll say this.  Wins over Anthony Cheloni of Northern Illinois as well as MAC runner-up Marcus Robinson of Cleveland State & MAC champion Kody Komara of Kent State speaks for itself.  Johnny Lovett of Central Michigan & Quinn Kinner of Rider both present challenges, & I wouldn't turn my back on Brent Moore of Clarion, but Hagan above anything else should return to the NCAA championships this season.


The next time Ohio crowns an All American, I say it'll be this man, Jordan Slivka.  An NCAA qualifier this past season, Slivka was 25-9 on the season.  4th in the MAC, he moves up to 165 after competing at 157 last year.

24-6 on the year, it was a heartbreaker for Sal Perrine at least year's MAC championships. The talented sophomore made the finals, but was then challenged for true-2nd & lost a nail biting 3-2 decision.  Such a loss can be quite motivating & light a fire under under one's  "  ".  Let's see if that's the case with Perrine this year.


Another Bobcat that could really open up some eyes this year is Zayne Lehman. 20-8 record, he majored George Mason's Kyle Davis & had a win over SOCON finalist Jha'Quan Anderson of Gardner Webb.
Posted by Stephen Stonebraker at 5:39 AM