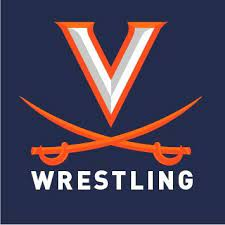 As unpredictable & inconsistent as he may be, when it comes time to get tough, Patrick McCormick shows up. 3rd in the ACC the past two seasons, he's made two trips to the NCAA championships thus far. He was 14-13 last year.


Redshirt freshman Erik Roggie looks to do some good things in his first varsity season as a Cavalier. 12-6 on the year, he had impressive victories over Joe Heilmann of Rutgers & Corey Cabanban of Iowa State.

Despite not having the best record in the world last season, Dylan Cedano still made the NCAA championships. Among his victories, a 5-0 shutout of NCAA runner-up Kizhan Clarke of North Carolina. He also defeated Collin Gerardi of Virginia Tech 7-5.


Here's a good wrestle-off for a varsity position on the Cavalier line-up.  Jarod Verkleeren a 2020 NCAA qualifier was 16-10 on the year last season. He had a victory over Cal Poly's Dom Demas. Denton Spencer, among his victories, a win over MAC champ Ben Barton of Lock Haven.


Two time NCAA qualifier Jake Keating has thus far been 2nd & 3rd in the ACC the past two seasons. If he wants to contend for a conference title he'll have to get past both Austin O'Connor of North Carolina & Ed Scott of North Carolina State. He's already proven he can defeat the Wolfpack'er as he defeated him 11-10 last season. 17-7 on the year, he was 3rd at the Mat Men Open.


20-4 on the season last year, Justin McCoy was one match shy of All American honors. A two time ACC runner-up he will be the front-runner for a conference title this season as well as a top 8 finish within the NCAA.

Any which way you slice it, we have some talent here at 174 lbs. Vic Marcelli a 2021 NCAA qualifier who was also 7th at the Midlands in 2020. Justin Phillips 15-11 last season, a quality win over Caleb Fisher of Michigan State. Last but certainly not least, Robert Patrick who despite all of the hiccups he's suffered thus far in his career could very well be a dangerous individual if 100%.

Pennsylvania transfer Neil Antrassian will spend his final season of eligibility as a Cavalier. 16-10 on the season last year, he had impressive wins over Chris Weiler of Wisconsin, A.J. Burkhart of Lehigh, Bryan McLaughlin of Drexel and David Key of Navy. He was 8th at the Mat Men Open.

An NCAA qualifier last year, Michael Battista was 15-8 on the season.


Posted by Stephen Stonebraker at 6:05 PM