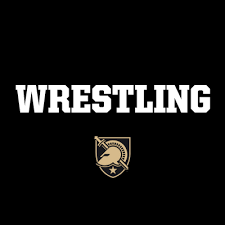 As much as some wrestling fans are moaning and groaning about wrestlers receiving extra years of eligibility due to COVID-19, you'd think our military academies might start receiving a bit more love. These boys don't don't get extra years of eligibility. It's four years to make it happen & that's it. So my thinking, rational and logical, is that these fans who are steadfast hellbent against the extra year, could take their anger & make it into something positive by cheering for a team like Army.  Gone is P.J. Ogunsanya a two time NCAA qualifier who won a EIWA title in 2021.  Also go is three time NCAA qualifier Markus Hartman, who made the Midlands finals in 2020. Last but not least J.T. Brown a three time NCAA qualifier, who made the EIWA finals in 2021.

15-6 on the season last year, sophomore Richard Treanor was 5th in the EIWA championships. He will contend for another top eight EIWA finish & NCAA qualification this year.

I would say considering that Logan Brown has only wrestled seven matches the past two seasons, that the spot here will most likely belong to Thomas Deck.  I include Brown here because IF by chance he is 100% & ready to go, he will give Deck absolute Hell in the wrestle-off.  Deck 19-7 on the year, had an impressive 7-2 victory over Darren Miller of Bucknell.


I can see some good things coming out of Matt Williams this season. 23-4 on the year he had a very nice win over Lehigh's Max Bignola last season.


A leader on the Cadet squad, Ben Pasiuk has looked sharp the past two EIWA tournaments winning a title in 2021 & placing 3rd this past year.  He was 20-7 on the season.


Posted by Stephen Stonebraker at 7:58 AM