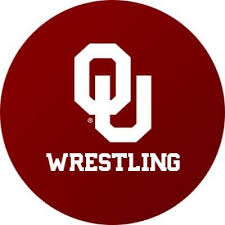 The Sooners are looking good this year.  Heck, matter of fact, they have multiple weights where more than one wrestler is NCAA qualification material. Makes me wonder if in some cases a wrestler might move up or down for the betterment of the team.  From where I sit right now, eight NCAA qualifiers is very feasible. Matter of fact, I'd call it a shoe-in expectation.  Only Sooner gone is Justin Thomas, another great wrestler who never made All American.  A four time NCAA qualifier, he twice placed at CKLV. Dom Demas has decided to spend the rest of his career at Cal Poly.  As to three time NCAA qualifier Anthony Mantanona? Someone get me Ben Matlock, cause I have no idea of his current whereabouts. Same with Joe Grello.

I thought he was done last season, but turns out Joey Prata has yet another year of eligibility.  19-9 on the season last year, the two time NCAA qualifier finished one match shy of All American status. The Sooner will fight hard to make the top eight this season.

Among the many great wrestle-offs we'll see for Oklahoma this season, the battle between Anthony Madrigal and former Iowa Hawkeye Wyatt Henson will be one of them.  Madrigal, a three time NCAA qualifier, was a BIG 12 runner-up in 2021.  Henson 18-2 on the season last year, defeated MAC champ Quinn Kinner of Rider 7-3.  This will be a battle for varsity.


Here's another fun wrestle-off to look forward to.  Mosha Schwartz a two time NCAA qualifier Vs Jacob Butler an NCAA qualifier last season.  While Schwartz has victories over Haiden Drury of Utah Valley as well as teammate Anthony Madrigal, Butler was the starter last season with a very nice win over Iowa State's Ian Parker.


Yet another great wrestle-off to look forward to. Willie McDougald an NCAA qualifier last season Vs Mitch Moore who was unfortunately injured last season.  Moore a three time NCAA qualifier owns silver medals from both the ACC & the BIG 12 as well as CKLV finishes of 8th & 6th.  Both of these guys are AA material.


While it's hard to lose a talent like Justin Thomas, Jared Hill will be an excellent replacement. The redshirt freshman went 21-3 on the season, with a win over NCAA qualifier Michael Petite of Buffalo.


Former Purdue Boilermaker Gerrit Nijenhuuis has decided to change both his school & his weight class.  Moving down to 165 lbs, the two time NCAA qualifier will spend the remainder of his collegiate wrestling career at Oklahoma.  Among his other credentials he brings with him to Norman an 8th place CKLV finish & a 5th place Mat Men Open finish.

From Oklahoma State to Northern Iowa, Keegan Moore will spend his final season of eligibility at Oklahoma.  A two time NCAA qualifier, he has some very impressive wins thus far in his career. He's defeated All American Dakota Geer of Oklahoma State twice & he also owns two victories over Lehigh's Tate Samuelson.  His first test of the season will be against Darrien Roberts, who owns an impressive 5th place CKLV finish.  Should be an excellent wrestle-off & I'd be curious if there is an option for either of these two talents to maybe go up to 197.

A two time NCAA qualifier for the Sooners, Josh Heindselman will look to earn NCAA qualification #3 this season.


Posted by Stephen Stonebraker at 6:48 AM