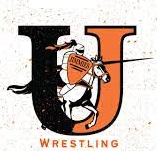 Under the leadership of Head Coach Jim Zalesky it's only a matter of time before the Jimmies of Jamestown make there way up the ladder in both the Great Plains Athletic Conference (GPAC) as well as the NAIA. This season presents itself a great opportunity for Zalesky who has crowned numerous NCAA DI All Americans throughout his career, to crown some NAIA All Americans.


Northern Colorado transfer Theorius Robison finished 2nd in his first GPAC tournament last season, finishing one match shy of All American honors. He'll look to win a conference title this season & make his way into the top 8 at nationals.


Another Jimmie who who is likely to make an appearance at the NAIA tournament this season is Park Beeler, a sophomore who finished 3rd in the GPAC last season.


Georgia native Ian Howell is another sophomore on the roster who could potentially have a NAIA qualifying season for the Jimmies. He placed 4th in the GPAC last season.


Posted by Stephen Stonebraker at 7:17 AM