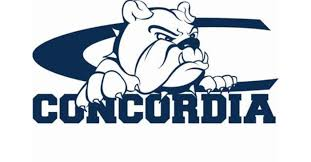 Bulldog wrestling is definitely going to feel the loss of 2021 All American/ Three time GPAC finalist Mario Ybarra & will look for someone to take over his role in a leadership position. They have some talented kids more than capable of doing so.


After finishing 5th at the Great Plains Athletic Conference (GPAC) tournament in his freshman & sophomore campaigns, Issiah Burks was 4th last season as a junior.  It's fair to predict that the California native can once again improve on his conference finish & see his final GPAC tournament with a top three performance.


Junior Jose Sanchez, a native of Texas finished 5th in the GPAC last season. He should improve upon his record as he looks to improve on his conference finish this season.


I wouldn't be all that surprised if T.J. Huber moved up to 184 lbs this season. He most certainly has the frame & I wouldn't be all that shocked to find out that he spent the summer putting on 10 lbs of muscle. Only a sophomore, like so many before him, sometimes it takes a year of collegiate wrestling to know exactly what to expect. Few teach as well as experience. Potential wise has a lot going for him. Now to see if that can translate into success on the mat.


Actually just caught wind that Telles has transferred to King (TN). Great pickup for King (TN) but tough loss for Concordia (NEB).  The Bulldogs do have Aaron Jividen coming in at HWT and he looks to be pretty tough.

If you enjoy Johnnythompsonnum1 & would like to see further coverage of your favorite college wrestling teams and college wrestlers please consider donating to Johnnythompsonnum1. Thus far generous donations have allowed me to purchase a camera & I hope to further my ability to cover more events and grow the coverage I do for wrestling. Send donation via Venmo to Stephen-Stonebraker-1

Posted by Stephen Stonebraker at 6:59 AM