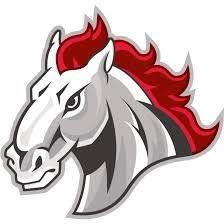 Due to timing and a few other reasons I wasn't able to do write ups for all of the teams in the NJCAA. However when a coach sends you a boatload of information & you have everything you need right in front of you, why not?  The Mavericks have a good squad of guys this season. Let's take a look.

Strickenberger is a transfer from North Idaho where he won a regional title & placed an impressive 3rd at the NJCAA championships last season. The Colorado High School state runner-up will do great things for the Mavericks this season.


Casey Strand Sr was a phenomenal standout at Arizona State placing 6th & 7th in the 1997 & 1998 NCAA Division I Championships respectively.  I am anxious to see how well Jr will perform at the collegiate level himself.


The California native had himself a very respectable season last year. Placing 3rd in a tough Menlo Open, he finished one match shy of NJCAA All American status.


Look for the Mongolian who has won various championships throughout his career to make some noise at the NJCAA level.


The Pennsylvania native has already shown us what he's capable of a couple of different times throughout his career. He had what many argue was the biggest upset of the 2019 PIAA championships when he knocked off Cole Urbas. Last year he was one match shy of NJCAA All American Status. Fluent in the languages of both freestyle as well as Greco-Roman look for him to earn a top 8 finish this season.


A Colorado State High School Champion, Jared Volcic comes to Northwest Kansas Tech a transfer from Colby. A HWT, he has moved down to 197.


Posted by Stephen Stonebraker at 7:28 PM