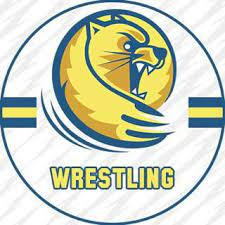 With a NCAA Division II National Champion leading the way, The Bearcats of Lander return a ton of talent.  Only one missing from from last year's squad is graduate Cameron Coffman, a two time NCAA DII qualifier who finished one match shy of All American last season.  I'm also not 100% positive what the deal is with two time NCAA DII qualifier Darius Parker. He should have two years of eligibility left but he's not on the current 22'-23' roster.

Isham Peace nearly made the NCAA Division II last year as a freshman when he finished 4th at the Super Region II. He finished the year 17-8.


Florida native Elijah Lusk had an outstanding freshman campaign last year earning a runner-up finish at the Super Region II earning his first NCAA Division II qualification. He was 28-8 on the year.


Another tough sophomore, Gage Bernall also came within a match of NCAA Division II qualification last season when he finished 4th at the Super Region II. The Colorado native was 20-7 on the year.


I believe that Carter Shipp has more eligibility left but he is not currently listed on the roster.  On the bright side at 184 lbs, Lander has Notre Dame (OH) transfer Logan Hall who in an 18-8 record last season finished one match shy of All American status.


Posted by Stephen Stonebraker at 12:28 PM