Wrestlers in SEC Football (Per Most Recent Media Guides)

I've been collecting wrestling media guides since I was a kid. I can't say exactly how old I was when I got my first University of Iowa Hawkeye wrestling media guide, but I do remember how I'd read it front to back, cover to cover. Whenever a wrestler had also played football or baseball or ran track or whatever else he may have done, it was usually mentioned. It got me to thinking, maybe media guides for other sports might mention a wrestlers background.

A wide receiver for the Crimson Tide, Sam Willoughby has an extensive wrestling background competing for Vestavia Hills High School. Capturing 3rd place in the state in 2019, he won the Alabama state championship as a senior in 2020.


A linebacker for the crimson and white, while playing football for Chelsea High School, Jordan Smith was also a member of the wrestling team.

Vito Perri was also a member of the Alphretta (Georgia) wrestling program while in high school.


Along with having an outstanding football career at Mountain Brook High school, Michael Lorino was a two time Alabama High School state qualifier in wrestling.

The way I understand it, Kyle Flood only wrestled his senior season at St. Joseph Metuchen & at that he even joined the team late. Nonetheless that still counts as wrestling experience.

An offensive lineman for the Bulldogs, Austin Blaske of South Effingham High School made the Georgia state finals as a junior, winning a Georgia state title as a senior.


Dylan Fairchild is another offensive linemen for the Bulldogs who had an outstanding high school wrestling career. Competing for West Forsyth he won two Georgia High School State titles.


Mykel Williams a defensive end for the Bulldogs, was also on the wrestling team at Hardaway High School.


This is one I'm not 100% positive about.  I believe that Kendall Miller did wrestling as a youth & maybe in junior high as well. Not sure if he continued into high school or not though.  Buchanan High School in California.

Hank Manos an offensive lineman for the Gamecocks was a South Carolina High School State champion for Chapin High School.

Go figure the one place in an SEC football media guide where you WOULD expect to find wrestling, the word is not mentioned once. Not one time. For that matter basketball wasn't mentioned much. I take it that maybe Missouri isn't much for mentioning the other sports their football players did while in high school? I don't know. You'd think with a roster size that large at least some would have been playing basketball or wrestling during the winter. Then again maybe Missouri football likes to recruit single-sport athletes. I don't know.

For the record both TENNESSEE VOLUNTEERS and TEXAS A&M were the exact same way. Wrestling/wrestle/wrestler nothing to be found in either media guide.


Outside Linebacker Anfernee Orji was also on the wrestling team at Rockwell High School (Texas).


A member of the offensive line Michael Warden was also a member of the wrestling team during his time at the Summit Country Day School.

John Ridgeway (who was drafted by the Dallas Cowboys) was a very good wrestler in high school. Competing for Bloomington High School he was 4th in the state in 2016, winning an Illinois State title in 2017.

A member of the offensive line, Cort Bradley was also a wrestler during high school. (Went to Auburn High School).


Another member of the offensive line Tate Johnson wrestled during his time at Callaway High School (Georgia).

Steiner only wrestled his senior season at Houston County High School (Georgia) but from what I understand he had a winning record.

Brooks Walton was also a member of the wrestling team while at Pulaski Academy (Arkansas) during high school. 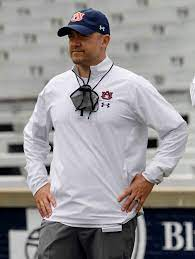 Offensive lineman Peyton Cox was a member of the wrestling team at Jesuit High School (Louisiana).


While none of the players bios read anything about wrestling, it was mentioned that coach Jeff Phelps wrestled during his time at Crete-Monee (Illinois).

Keep in mind that there very well could be a lot more wrestlers on these SEC football teams. This is simply what I could find via media guides. Pretty interesting information.

Posted by Stephen Stonebraker at 10:07 PM