When doing research for "Gone, Lost & Forgotten" by pure coincidence I came across McGill University in Montreal & found that they had a wrestling program at one time. I meant to do a dive into Canada to see what I could find as far as wrestling was concerned a lot sooner but I got sidetracked doing other projects for Johnnythompsonnum1.

Heartbreakingly only 17 of the 56 Universities in Canada that offer sports have wrestling programs. 1 that competes in NCAA Division II & the other 16 which participate in U-Sports (governing body in Canada).

Along with McGill, I found that six other Universities that also used to field wrestling programs.

All in all this brings "Gone, Lost & Forgotten" up to 470 discontinued wrestling programs that I have found.

Information was scarce but I did find enough to indicate that the Tigers did have wrestling at one time in their history.

What he achieved in basketball and Track & Field was much more noted than his accomplishments as a wrestler, but he was listed as a wrestler who won a championship in 1967 for the Tigers.

Pretty much same thing that I found with Dalhousie. Very little information but enough to indicate that they did indeed have a wrestling program.


Most everything you'll read on Trevor Riddick centers around his soccer career but it is briefly mentioned that he was one of the X-men's top contenders in wrestling & that he competed very well within the conference.


From what I have found the Thunderbirds not only had a wrestling program at one time, but they were very good. I know that during their time on the mat they won four Western Canada Team Championships during the mid to late 70's.

Bob Laycoe had a standout season for the Thunderbirds in 1969. He won a Western Canada title, what would today be considered a U-Sport title & a Canadian National title.  He was the coach of the team when they won the Western Canada Team titles in the 70's. He was also the head coach for Team Canada at the Commonwealth Games as well. 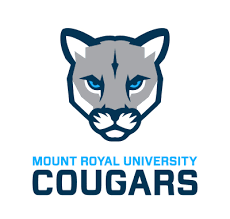 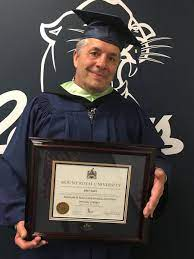 Believe it or not how I found out that the Cougars used to have a wrestling program is when I did an interview with Ross Hart, the brother of legendary professional wrestler Bret Hart.  Ross informed me that many of the Harts wrestled collegiately.  He and Owen wrestled at the University of Calgary, while Keith wrestled at Saskatchewan. Bret wrestled at Mount Royal. From what I have been able to find he won something in 1977, but I'm not sure what that something was. 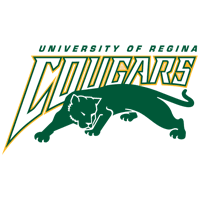 Regina is really a heartbreaking story. Not only did they win back to back U-Sport National titles in 1997 and 1998, they were the first team in any sport to win a U-Sport title for Regina. The Cougars discontinued wrestling after the 2017-2018 season. Interesting note, Regina wrestled Bismarck State College in a dual in 1998.  I didn't realize that American and Canadian teams were still facing one another in duals during that time.  I always thought that ended sometime in the 70's.  Wonder if it was one of the last times a University in Canada had a dual against an American team.

Dean Schmeichel was a standout wrestler for the Cougars.  A two time Western Canada Champion he took bronze, silver & gold medals at the U-Sport championships during his collegiate days. He later won a gold medal at the 2002 Commonwealth Games. 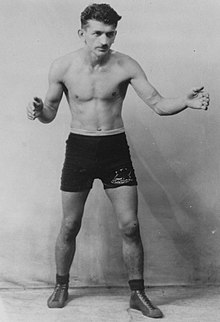 It is said that 1928 Olympic Bronze Medalist Jim Trifunov was the coach at Winnipeg for a time.


Posted by Stephen Stonebraker at 9:32 AM