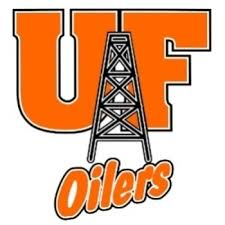 Among the tremendous talent in NCAA Division II wrestling the Oilers lose some & they bring some back.  As I said about Tyler Warner in my West Liberty write up, I'll now say about James Wimer. I truly wish he had another season left. 6th in the nation in 19', he was a DII National Champ in 21'.  It was hard watching him fall short of qualification last season. This sport can be so unforgiving at times.  Also gone is 20' Qualifier Zach Collins as well as Region place-winners Mark Trifelos & Keigan Yuhas.


The star for the oilers this season will be Branson Proudlock.  Going 32-2 on the season the three time NCAA DII qualifier/two time All American won titles at both the Midwest Classic as well as the Super Region II making the NCAA DII finals. Findlay could very well crown an NCAA DII champion this season.


Placing 4th at the Super Region III tournament, Hunter Reed earned an 8th place finish at the Midwest Classic. He was 20-11 on the season.

Posted by Stephen Stonebraker at 4:17 AM