*NOTE* - I want to make it clear what this is and what this is not.  What this is NOT is an overview of the entire team. What this is, is a who’s who preview of THIS season 2022-2023. Meaning that I am going to talk about the starters who I feel will have an impact THIS year. Those who will win big matches in duals. Those who will earn placings in major tournaments like CKLV, RENO, MIDLANDS, MATMEN INVITE, SOUTHERN SCUFFLE, CONFERENCES & NCAA’s.  In some cases a weight class will have multiple talented wrestlers. I will note that & I will also be making posts later on about the best wrestle-offs to look forward to this season.  Then after that is determined I will make posts later into the season of who our best backups are in the nation. 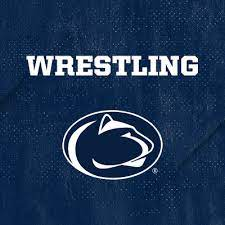 Sometimes I wonder if it's legal to be as good as Penn State is. It's almost like getting a copy of Tecmo Bowl on the NES & making to where nearly every player on a team has the stats & abilities of Bo Jackson. While the Nittany Lions do lose four time All American/two time NCAA Champion Nick Lee, as well as All American Drew Hildebrandt & three time NCAA qualifier Brady Berge, they pretty much return a full lineup of some serious talent.

A NCAA qualifier in 2021, Robert Howard is still considered by eligibility standards to be a freshman. He's shown some great promise with wins over Dylan Ragusin of Michigan, Malik Heinselman of Ohio State & Fabian Gutierrez of Chattanooga.

Roman Bravo Young has proven himself two years straight to be the #1 wrestler at 133 lbs winning back to back NCAA titles. 22-0 on the season last year, he'll go for title #3 in 23'.


Sophomore Beau Bartlett is making the move down to 141 lbs this season & I for one am excited to see what the 2022 NCAA DI qualifier can do 8 lbs down from where he's thus far competed.


With older brother Nick being an excellent example & role model to look up to, I really think that both Lee brothers, Joe & Matt are going to step it up this season. Right now like it or not, both remain in the shadow of their national champion brother. Both have the talent, skills and abilities to do great things collegiately themselves.

What I said above, I meant. That doesn't mean that I don't recognize the tremendous talent that Alex Facundo is. He already owns a 3-2 victory over Lee & the wrestle-off here will be by my calculations the best of those that determine the Nittany Lion starting line-up. It's simply that I recognize what Matt Lee is capable of as well. He posted an 8-5 victory over Cornell R12'er Julian Ramirez last season. He can do more of that, he'll do those great things collegiately I know that he is capable of.


Nothing like getting somebody mixed up somewhere else, but nevertheless the phenom is one of the absolute best in Collegiate wrestling today.   The two time NCAA Champ will go for title #3 this season.


He's lost three times in three years. It wouldn't surprise me at all if he never sees defeat again. Another Nittany Lion that will be going for NCAA Division I title #3 this season.


Three time All American/NCAA Champion Max Dean steps into his final season of eligibility looking to earn NCAA championships #2. (8th in 18' he was 2nd in 19').  At this point saying NCAA champion so many times makes me wonder if Penn State ought to change their name to the Leprechauns. Seems their lineup is obsessed with gold & often finds it.


22-3 on the season last year, Greg Kerkvliet has earned All American finishes of 7th and 4th thus far.  In the weirdness that is parity of collegiate wrestling he seems to have Michigan's Mason Parris all figured out, but Iowa's Tony Cassioppi has thus far proven to be a problem.  In route to looking for both a BIG 10 & an NCAA title, the Hawkeye will be among the opposition he'll need to overcome.

Posted by Stephen Stonebraker at 2:16 PM