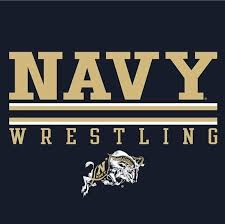 Things continue to improve under the leadership of Cary Kolat at Navy. A program that has challenges beyond that of many of the other teams in NCAA DI wrestling, the Midshipmen are finding ways to be competitive throughout in season tournaments such as CKLV as well as both the EIWA & the NCAA. I think six NCAA qualifiers is very doable this season.  Gone is Jacob Allen a 2021 EIWA runner-up & I am not sure on the current status of John Birchmeier a NCAA qualifier in 2021.


A very nice season for sophomore Josh Koderhandt last season. Going 26-10, he earned a 5th place finish at CKLV & a runner-up finish at the EIWA championships. Among his most impressive victories, he defeated Purdue's Matt Ramos on two occasions 7-0 & 7-2.

A two time NCAA qualifier for the Midshipmen, Andrew Cerniglia has thus far had finishes of 3rd & 2nd in the EIWA, as well as placing 8th at the CKLV last season.  I believe this season he will challenge for both a EIWA title as well as All American honors. Among his victories a 6-5 decision of Pittsburgh's (The Citadel's) Dazjon Casto, both a 10-4 & 4-2 decision of Army's Markus Hartman & a 2:52 fall over Josh Humphreys of Lehigh.


23-17 on the season last year, Val Park came up one match shy of a medal at CKLV & then one match shy of qualification at the EIWA championships.  I believe in what will be his final season as a Midshipmen he will prevail in both this season.  Victories to indicate potential include David Ferrante of Northwestern, Adam Santoro of Cornell & Brian Meyer of Lehigh.

A bad EIWA championships last season for David Key who was a EIWA runner-up in 2021. That happens sometimes, but nevertheless despite the disappointment at conference he still had some shining moments throughout the season.  Among his victories a 10-4 decision of Layne Malczweski of Michigan State, a 3-2 decision of Charles Small of Hofstra, a 5-2 decision of Zach Lehman of Ohio & a 3-0 decision of Max Wohlabaugh of Clarion.

Senior Jake Koser goes into his senior season a two time NCAA qualifier having back to back 3rd place showings at the EIWA championships.  A match away from placing at CKLV last season, he will in contention for a medal this season. I'd also call him an All American candidate, his most impressive victory a 8-0 major decision over Cam Caffey of Michigan State.


24-9 on the season, Ryan Catka looked good throughout various parts of the 21'-22' but he'll have his hands full trying to keep his spot with challenger Grady Griess also wanting a shot at the varsity. Griess had some very impressive wins last year including sticking MAC runner-up Isaac Reid of Lock Haven in 4:15 & handling Hunter Catka of Virginia Tech 7-3.

Posted by Stephen Stonebraker at 12:22 PM