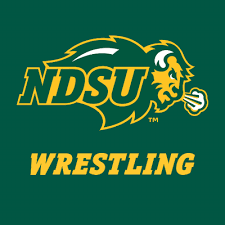 I think we are definitely looking at a team that will place nine if not all ten in the top eight at the BIG 12 championships & that all nine have the potential to be NCAA qualifiers as well. As to All Americans, NCAA wrestling is such a madhouse of parity, it's hard to say. I would think they are very capable of crowning at least one, if not more.  Graduated is Luke Weber a 2021 BIG 12 champion who placed 5th at the Southern Scuffle on two occasions.

I see this being a good wrestle-off between two talented Bison. Kellyn March was 14-9 on the season last year with victories over Iowa State's Ramazan Attasaouv as well as Buffalo's Derek Spann. Even though last season wasn't his best, McGwire Midkiff has had some pretty impressive wins himself. Among them, Zurich Storm of Campbell, Jace Koelzer of Northern Colorado, Christian Moody of Oklahoma & Sid Flores of Air Force.


Two time NCAA qualifier Dylan Droegemueller has thus far finished 4th-6th-4th at the BIG 12 championships. 17-10 on the season, he will go for his third qualification.


4th in the Southern Scuffle & 7th in the BIG 12, I think we can expect some big things out of Gaven Sax this season.


One match shy of All American honors the past two season, Jared Franek enters his junior season one of the best wrestlers in the nation yet to bring a medal home from the NCAA championships. Having finished 3rd-2nd-2nd in the BIG 12, I'd also call him one of the best yet to win a BIG 12 title. A two time Southern Scuffle place-winner, he won a title last year.


A 12-12 record last season, sophomore Riley Habisch just missed out on a top 8 BIG 12 showing. A 10-1 major decision over NCAA qualifier Jackson Hemauer, I would look for Habisch to earn a top 8 conference showing this year.


This man is dangerous. 18 victories last season & 12 of them were via fall. This guy can put you on you back from any position at any time. That makes him a threat to anyone he steps on the mat with. A two time NCAA qualifier he owns a 4:49 fall over two time All American Stephen Buchanan of Wyoming & a 6-4 victory over All American Jake Woodley of Oklahoma.


Posted by Stephen Stonebraker at 1:19 PM