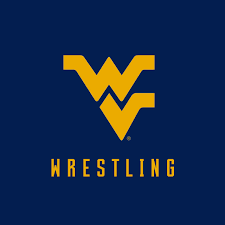 2022-2023 looks to be a great season for the Mountaineers as I can see them sending nearly their entire squad to the NCAA championships.  Only weight that at the moment seems questionable is 197.  Other than that, they have top 33 or better talent at each weight class.  Gone is the unpredictable Caleb Rea who has decided to finish his career at Cleveland State & I am not sure of the whereabouts of Luke Karam.

16-3 on the season, Killian Cardinale earned a runner-up finish at the Southern Scuffle & a BIG 12 championship as he fell one match shy of his second All American honor having placed 7th in 2021. This season the senior look for titles at both the Scuffle & the BIG 12 as he battles the field at 125 one of the candidates to make the NCAA finals.

From Virginia Tech to Lock Haven to West Virginia the career of Cole Manley hasn't turned out as one would have hoped but IT. AIN'T. OVER. YET.   He's still got one more season left & A LOT can happen in a single season. Thus far he's earned some impressive victories.  A 7-4 victory over All American Devan Turner of Oregon State. A 4-3 victory over Jaret Lane of Lehigh. A 7-1 victory over Richie Kohler of Rider & a 14-2 major of Mosha Schwartz of Oklahoma. He also owns a 5th place finish from 2020 at the Southern Scuffle.  A BIG 12 medal & an NCAA qualification? I believe so.


20-7 on the year, I would expect some good things out of Jordan Titus this season, if he makes the varsity.  Challenging him in what should be an excellent wrestle-off will be sophomore Jeff Boyd, 16-16 on the year at 149 lbs. He had an impressive showing at the Southern Scuffle, earning an 8th place finish.


A top 8 BIG 12 finish & a NCAA qualification for Virginia Tech transfer Sam Hillegas? I believe so.


8th at the Southern Scuffle, junior Alex Hornfeck finished one match shy of NCAA qualification.  Among his victories last season, he beat 2021 All American Wyatt Sheets 7-1.  It wasn't the first time he beat the Cowboy either, he also owns a 6-3 victory as well.   He will be challenged for the varsity position by Caleb Dowling who has victories over Nick Delp of Bucknell as well as Trevor Elfvin of Clarion.  Should be a good wrestle-off.


Still only a sophomore by COVID-19 standards, Peyton Hall is well on his way to being one of the greatest Mountaineers of all time. Thus far A runner-up at the BIG 12's as well as the Southern Scuffle, he was 8th in the nation this past year.


Here's another good wrestle-off to look forward to for West Virginia.  Dennis Robin an NCAA qualifier this past season went 13-7 with some impressive victories.  Pinning Joel Devine of Iowa State in the first period, he defeated Tristan Wills of Little Rock 9-6 & Sam Wolf of Air Force 4-2.  Scott Joll 16-7 on the season, was one match shy of placement at the Southern Scuffle.

17 wins on the season last year, Anthony Carman was R12 at the Southern Scuffle with notable wins over David Key of Navy & Cade King of South Dakota State.


I definitely feel that Michael Wolfgram has the talent & ability to become an All American before his career is all said & done. He simply needs to hone in on his skills & work on his weaknesses. The guy has a lot of strengths, including incredible size & well...strength.  20-11 on the season, he defeated Brandon Metz of North Dakota State twice & he also owns a win over Owen Trephan of North Carolina State.

Posted by Stephen Stonebraker at 4:27 PM