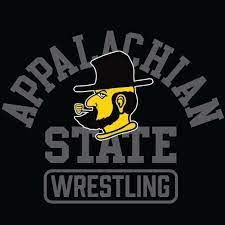 While the competition will always be tough, I can honestly see the Mountaineers completely owning the SOCON in the lower & middle weights this season. If Appalachian State were to take home individual SOCON titles from 125 through 165 it would not surprise me at all.  While the upper-weights aren't near as tough, Appalachian State has it going on in the first six weight classes.   Gone is three time SOCON champion Codi Russell who also had Southern Scuffle finishes of 5th & 6th.  Thomas Flitz, a three time SOCON finalist who finally won a title last season.  I also am not sure of the whereabouts of 2021 SOCON champion Anthony Brito.


I would definitely say that Caleb Smith is the front-runner for a SOCON title this season at 125 lbs. 24-8 on the season, the sophomore has thus far taken two 5th place finishes at the Southern Scuffle.


It'll be a battle to over come Chattanooga's Brayden Palmer, who owns a 3-1 tiebreaker win over him, but 2021 SOCON champion Sean Carter is definitely in the discussion for title #2 this season.  15-7 on the year last year, he was 7th at the Southern Scuffle in 2020.


25-9 on the season, a match away from placing at the Southern Scuffle, Heath Gonyer was a SOCON runner-up.  In battles thus far with Campbell's Shannon Hanna, he's lost tight sudden victory & tiebreaker decisions. It'll be fun to see how the war between them unfolds this season.


Two time NCAA qualifier Will Formato has thus far been 3rd the past two seasons in the SOCON championships. A record of 4-2 overall vs Gardner Webb's R.J. Mosley, I would think that will be our final this season, favoring Formato.  23-8 on the season he also had an impressive 4th place finish at the Southern Scuffle.


Posted by Stephen Stonebraker at 6:38 AM