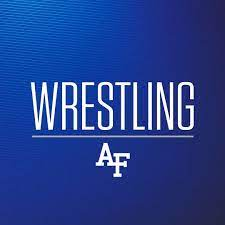 The 2022-2023 season has the potential to be a one man show for the Falcons this season but I rest assure you, it doesn't have to be. While Wyatt Hendrickson is by far the star, Air Force has other individuals on the team more than capable of making some noise this year.


As I look at Cody Phippen I am reminded of one of my all time favorite Falcons, Alex Mossing. Phippen reminds me so much of Mossing. A guy full of talent & ability who has always been "right there" & "so close" so many times.  As the fates would have it, Mossing's final tournament of his collegiate career was his best as he wrestled an outstanding BIG 12 earning a 3rd place finish. I hope such accolades & more are in store for Phippen this season. 5th & 7th thus far in the BIG 12, he's been one match shy of NCAA qualification twice.  A couple of years at 125 & last season at 141, perhaps 133 is the magic he's been looking for.


Is NCAA qualification in the future of senior Dylan Martinez? I don't know, but I do feel that we'll see some good things out of him this season.  6th in the BIG 12 last season, I'd look for him to earn another top 8 conference showing.


I think by the time Sam Wolf's collegiate career is said & done he will be a multiple time NCAA qualifier. One match shy last of making the dance last season, he had an assortment of impressive wins. This included a 5-4 decision of R.J. Mosley of Gardner Webb, Julian Broderson of Iowa State 6-4 s.v., Pat Schoenfelder 10-8 & Adam Kemp 3-1 s.v. Cal Poly.

The Falcons haven't had an All American since 2003. They haven't had a two time conference champion since 2012.  They could very well have both this season & the man to do it is Wyatt Hendrickson.  26-2 on the year, he was also a Southern Scuffle champion.


Posted by Stephen Stonebraker at 12:47 PM