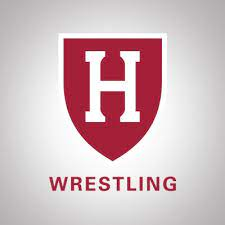 With the continued growth & success of Princeton wrestling I am dying to see Harvard make the same leaps & bounds. If you've been reading me for a while, you know that I long for the glory days of Harvard wrestling. There was a time when we had the Jesse Jantzens, the J.P. O'Connors, the Bode Ogunwoles, & the Max Meltzers. I want to see those days again. Our society may not value academic honor anymore, but by God I do. I think it rules when schools kick ass in both the classroom & on the mat. As far as I'm concerned I think this can be the start of the rejuvenation of Harvard wrestling.  They have two on their team more than capable of All American honors this season.

16-13 on the season last year at 125 lbs, Beau Bayless was one match shy of placing at CKLV & 5th in the EIWA. Anxious to see how he does eight pounds up.

Expect the unexpected. The inconsistent & unpredictable Michael Jaffe returns for his final season as a member of the Crimson. Is NCAA qualification in store? I don't know. A second EIWA placing is definitely within his doing though.  8th in 2021, I would expect him to once again make the award stand.


I definitely think Trevor Tarsi can earn NCAA qualification this season. 8th in the EIWA last season he had impressive wins over Cody Bond of Appalachian State, Nick Palumbo of Sacred Heart & Parker Kropman of Drexel.


15-12 on the season Joshua Kim threw me off guard when he failed to place at the EIWA championships. Now down at 165 lbs, not only do I think he'll earn that top 8 conference showing, I think he'll prove himself an NCAA qualifier as well.

Harvard is due for an All American, & here's one of the two Crimson who could very well achieve that status this season. An EIWA champion last season, he was 3rd in 2020.  A Mat Men Open runner-up he was 6th in the CKLV.

Here's another member of the Crimson that could very well earn All American honors & for that matter an EIWA title this season. An EIWA runner-up in 2020, he was 4th in the Midlands in 2020.

Posted by Stephen Stonebraker at 4:56 PM