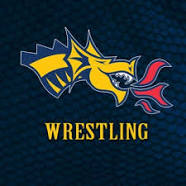 I think 22'-23' has potential to be a great year for Drexel. The Dragons haven't had an All American since 2007 & I think they have a legit shot at crowning one this season. I also think they could send up to six to the NCAA championships.  Graduated from last season are two time NCAA qualifiers Parker Kropman & Brian McLaughlin.


An NCAA qualifier in 2020, senior Antonio Mininno enters his final season of eligibility looking to earn another qualification.


2021 NCAA qualifier Luke Nichter had a very nice EIWA tournament two seasons ago capturing an impressive 3rd place finish. Only a sophomore, his potential is great.


Another tough sophomore on the team, Jaxon Maroney was 7th at the EIWA championships last season & as he looks to become a two time conference place-winner he will also look for NCAA qualification this year.


In my opinion this will be the best wrestle-off for a spot on the Dragon varsity. Senior Evan Barczak a two time NCAA qualifier taking on Cody Walsh a sophomore.  Last year, Barczak won an official meeting 11-6.  Either way whoever wins this year, the Dragons are looking at an NCAA qualifier.


Senior Brian Bonino who took 7th place honors at last year's EIWA championships for Columbia has decided to spend his final season of eligibility at Drexel.


Posted by Stephen Stonebraker at 5:53 AM