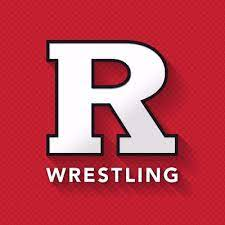 The Scarlet Knights did graduate both of their All Americans from last season but they have a returning All American from 2021 as well as others who are more than capable of stepping it up this year as well. Gone is Sebastian Rivera whose accolades mark him down as one of the best of all time to never make an NCAA final. A four time All American, he was 6th-3rd-4th-3rd during his trips to the NCAA's. A two time BIG 10 champion he also earned titles at the Midlands, CKLV & The Mat Men Open. Greg Bulsak who earned 8th place All American honors last season, graduated having earned titles at both the MAC championships as well as the Mat Men Open. It should be noted that he to my knowledge was the final wrestler still left competing who had made an EWL final. He was also 6th twice in CKLV.  Last but not certainly not least was three time NCAA qualifier Mike Van Brill who among his many accomplishments shined brightest at the 2021 BIG 10 championships with a 3rd place finish.  As to any mysteries I saw that Gerard Angelo & Nick Santos were both missing from the roster. Not sure they are done with collegiate wrestling or if they have found a new home.


Sophomore Dylan Shawver looked pretty tough last year going 23-11 on the season.  A very impressive 7-4 victory over All American Pat McKee of Minnesota, he was 5th at the Mat Men Open.


An NCAA qualifier for North Carolina, Rutgers picks up Joe Heilmann. He was 20-9 on the season last year.


An NCAA qualifier in 2020 as well as a Southern Scuffle champion, I am anxious to see what kind of damage Sammy Alvarez can do this season.


Among the talented redshirt freshman we'll see this season, look for Anthony White to be one of them. 21-4 last season, he earned a 4th place finish at the Mat Men Open. Among his victories a 10-0 major over NCAA qualifier Marshall Keller of Princeton & a 4-2 sudden victory over NCAA qualifier Max Brignola of Lehigh.


This is going to be a great wrestle-off between two talented sophomores. Andrew Clark had wins over Michael Petite of Buffalo as well as Tim Fitzpatrick of American while Robert Kanniard defeated Elijah Cleary of Pittsburgh.


An All American in 2021 with an 8th place finish, unfortunately Jackson Turley was injured last season. If back & healthy, he will be a force to be reckoned with this season.


Two time NCAA qualifier Billy Janzer will look for his third qualification this season. Among his wins, a victory over All American Gavin Hoffman of Ohio State.


I'm a little surprised that Boone McDermott hasn't made the NCAA tournament yet. Then again, it is testimony to just how incredibly difficult it is to be among the top 33 by season's end.  A win over Gary Traub of Oregon State, I'd look for McDermott to earn that qualification this season.

Posted by Stephen Stonebraker at 5:16 PM