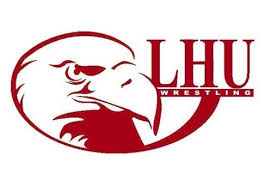 Under the leadership of Coach Moore the Eagles of Lock Haven continue to be on the rise. I can see as many as eight of the white & crimson making the NCAA championships this season. A young team, not a single senior on the roster, making headway for a bright future.  Gone is Ben Barton who ended his collegiate career with conference titles in both the SOCON & the MAC. Also gone is Luke Werner who despite losing his varsity position last season, still have an impressive collegiate career over all.  A runner up in the EWL & a MAC 3rd place finisher he placed twice at the Southern Scuffle with finishes of 4th & 2nd.  Cole Manley has transferred to West Virginia.


Only a sophomore Anthony Noto had an outstanding freshman season last year going 31-3 on the year, winning a MAC title. While surpassing the likes of Cary Kolat may be a tall order, I look for Noto to be one of the best Eagles of all time by the time his career is said & done.


Missing out on NCAA qualification last season, I believe Gable Strickland, another tough sophomore will make the dance this year.  19-13 on the season he was 3rd at the MAC, with impressive wins over Malyke Hines of Lehigh & Cole Rhone of Bloomsburg.


An NCAA qualifier last season, DaShawn Farber really came alive by year's end. A 4:37 fall over Clarion's Brent Moore, he had a 5-1 decision of Anthony Cheloni of Northern Illinois & a 3-2 decision of Alec Hagan of Ohio.


24-9 on the season, Lock Haven picks up George Mason transfer Avery Bassett. The Sophomore was 7th in the MAC last year, with an impressive 6-4 sudden victory over Nick Palumbo of Sacred Heart.


An MAC runner-up last season, I believe Ashton Eyler will challenge for the MAC title this year. 31-11 on the season, he holds victories over Caleb Fish of Michigan State, Joe Grello of Oklahoma, Riley Smucker of Cleveland State, & Kolby Ho of Clarion.


22-14 on the season, Tyler Stoltzfus was 7th at the MAC championships last season.


6th in the MAC last season, sophomore Colin Fegley had many impressive victories that suggest he will contend for NCAA qualification this season.  Among his wins, DeAndre Nassar of Cleveland State, Ethan Ducca of Edinboro & Zach Lehman of Ohio.


An MAC runner-up this past season, I believe Isaac Reid will be the front-runner for an MAC title this season. 27-6 on the year, he had victories over Virginia Tech's Quinn Miller, Iowa State's Sam Schuyler & Oklahoma's Josh Heindselman.

Posted by Stephen Stonebraker at 7:14 AM