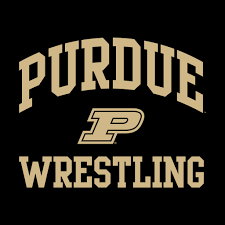 What to say about Purdue? What I can tell you is that I'm a big fan of Tony Ersland. If I had to name my all time favorite Iowa Hawkeye, he'd either be #1 or close to #1. I want to see him succeed & have a breakout year. Will this be the year? It certainly could be. As far as potential is concerned, he has four guys on his team that are All American material.  Graduated is Devin Schroder, a two time BIG 10 finalist as well as a two time CKLV finalist. As is four time NCAA qualifier Max Lyon, who was 7th at CKLV this past season. Garrett Nijenhuis has decided to continue his career at Oklahoma & I am unsure of the whereabouts of both Jake Rundell & Emil Soehnlen.


21-10 on the season, sophomore Matt Ramos had a very nice season last year at 133 lbs. Now that Devin Schroder has graduated he will be testing the waters at 125. A CKLV finish of 8th, with wins over All Americans RayVon Foley of Michigan State & Lucas Byrd of Illinois, he'll be a contender for All American himself.


There were times last season Parker Filius looked phenomenal.  He impressed me a number of times with some great performances. A 9-4 victory over Grant Willits of Oregon State, he really turned it on a notch at the BIG 10's defeating Michigan's Stevan Micic 7-4 & Nebraska's Chad Red 10-6. Not to mention at the NCAA's a 13-5 win over Iowa State's Ian Parker. He's a three time NCAA qualifier with a CKLV finish of 6th & a Mat Men Open finish of 5th.  While consistency is a bit of an issue, I would think those high caliber of wins would have him going into his final season of eligibility very confident. He has the tools to be an All American.


Much like Filius, Kendall Coleman has an on and off switch. When he is on, he's a tough man to beat. A three time NCAA qualifier, who has made the BIG 10 finals & earned placings in nearly all of the major in-season tournaments. 4th in the Midlands, 6th at the Mat Men Open, he's placed twice at CKLV. His issue again is consistency. He too has the tools to be an All American.


Redshirt Freshman Stoney Buell now enters the rugged world that is BIG 10 wrestling having posted a 20-6 record last season. Among his victories an 8-4 decision over NCAA Division II runner-up Shane Gantz of UW-Parkside.


Another outstanding redshirt freshman to look forward to watching this season is Jacob Null. He spent his redshirt at North Carolina State last season where he had some impressive victories. An 8-5 decision over North Carolina's Gavin Kane, as well as a 12-5 decision over Virginia Tech's (Chattanooga's) Drew Nicholson, he was one match shy of a medal at the Southern Scuffle.


Right along with Filius & Coleman, Thomas Penola is another Boilermaker who at times looks outstanding. A three time All American, one match away from All American honors last season, I'm telling you if he could wrestle every tournament like he did CKLV last season, he'd easily be on the top half of the podium at the NCAA's.  He's already proven his capabilities.  A 7-5 win over Louie DePrez of Binghamton, a 6-5 victory over Jake Woodley of Oklahoma & a 4-3 victory over Greg Bulsak of Rutgers. 3rd in the CKLV. I think the results speak for themselves.


Posted by Stephen Stonebraker at 11:06 AM