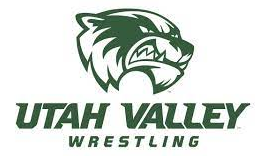 As NCAA Division I wrestling continues to grow & get more competitive, the Wolverines have been a bit overlooked in all of the improvements that they have made. A team that years ago would have a handful of qualifiers, with an AA here and there, this season I would look for as many as 9 qualifiers.  I'm not sure on the status of Hunter Cruz & Taylor LaMont has transferred to Wisconsin for his final season of eligibility.


17-6 on the season, sophomore Kase Mauger will make a run at NCAA qualification this year. Among his victories, a 6-2 decision over Anthony Molton of Utah Valley.


20-8 on the season, I was rather surprised that 2021 NCAA qualifier Haiden Drury wasn't selected as a wildcard last season. 3rd in CKLV & a 6-4 sudden victory over All American Devan Turner of Oregon State, I would say that among the All American candidates for 2023, he is one of them.


This is where paying attention pays off. A 5-10 record would probably cause quite a few to look past Ty Smith & his capabilities for this season. Take a deeper look and you'll know that three of his victories last season were against some pretty stiff competition. He defeated Cody Phippen of Air Force 7-5, Carter Young of Oklahoma State 6-2 & Alan Hart of Missouri 2-1.  With that said, even though he's got potential, one of his toughest challenges this season will be earning the varsity spot against challenger Isaiah Delgado. 16-1 last year, he had some impressive wins himself. Angelo Martinoni of Bakersfield, Chase Zollman Wyoming & Darren Green of Wyoming.  Should be a good wrestle-off.


Daniel Snediker did some nice things at 165 lbs last season & now he's down at 157.  Among his victories, a 9-4 decision over Tyler Cook of South Dakota State, a 3-2 decision over Mat Olguin of Oregon State & a 10-5 decision of Charlie Darracott of Stanford.


Not sure if it was injury or illness, or what exactly it was, but Cameron Hunsaker did not wrestle as himself last season. Hopefully whatever it was, it has been fixed & the 2021 NCAA qualifier is back to form this season.


Among the favorites of NCAA wrestling fans, the idea of a dark horse national champion is one of the favorites. Getting past Carter Starocci of Penn State & Mekhi Lewis of Virginia Tech, among the other top talents at 174 would be no easy task, but if there is someone who can do it, that someone is Demetrius Romero. 98 varsity wins thus far in his career, he's thus far earned a 6th place All American finish in 2021, two BIG 12 titles & a 3rd place showing at CKLV.


Wins over David Key of Navy & Colin McCracken of Kent State, as well as an 8th place finish at CKLV, look for Jacob Armstrong to earn NCAA qualification this season.


An NCAA qualifier last season for the Wolverines, Evan Bockman was also 8th at the CKLV. Among his victories he defeated Alan Clothier of Northern Colorado twice (3-1 & 7-4) as well as Jake Koser of Navy 7-3.


11-3 on the season last year, Jayden Woodruff came within one match of a top eight finish at CKLV. While BIG 12 HWT will be quite competitive this year, it is fair to think Woodruff will earn a top eight showing & qualify for the NCAA's.


Posted by Stephen Stonebraker at 4:29 PM