If Week 11 of College wrestling proved anything to you, I hope it's that being an NCAA /NAIA/NJCAA qualifier, getting yourself ranked, is freakin T-O-U-G-H. Look at all of the upsets that happened this weekend. Guys who weren't even ranked knocking off guys who were.  The amount of parity is always an issue every season, but this year it's an Ocean compared to what is normally a great lake.  I'm telling you right now, by season's end we are going to have A LOT of good wrestlers staying home. A LOT.   In DI go through the weight classes. You'll easily find more than 33 qualified candidates. You'll find in many cases upwards of 40.   That's 6 per weight.  Do I think I'll be writing about 60 wrestlers in my yearly, "Best to Not Qualify" article? No, but I'll write about more this season than I ever have since first starting that article in 2002.

Seeding for conference tournaments this year is going to be a nightmare!

What a treat it was to see identical twin brothers Justin & Josh Portillo go head to head in dual action! They both put it all out there, leaving everything on the mat as Josh edged Justin in a 12-10 sudden victory classic. This is the type of action and atmosphere the sport of wrestling needs.  NCAA DII and NAIA going head to head in a war to determine which division gets to call itself tougher.  Everyone involved in this from the Portillos, to their coaches to the schools should all be given credit.  Huge thumbs up to Grand View and Nebraska-Kearney.

The parity of 125 lbs is outright INSANE.  Let's take a look at what happened this weekend.

Ferri earns a 6-5 decision over Gutierrez

McCormick earns a 2-1 decision over Prata

Does your head hurt yet?  Whoa. 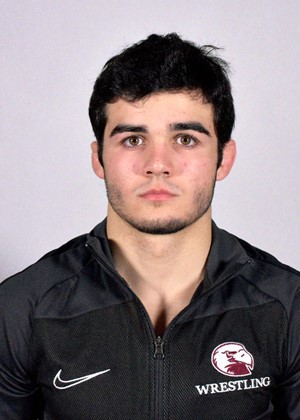 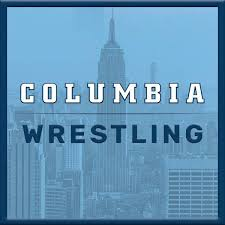 It's obvious that some good things are happening at Columbia.  The Lions more than held their own against Lehigh, proving that they're serious in their efforts to become one of the top teams in the EIWA.

Joe Manchio upsets Jaret Lane
Matt Kazimir turns what could have been only a decision into a major decision
Josh Ogunsanya wins a match that could have gone either way with Brian Meyer
Matt Fine who pulled off some upsets last weekend, pulls off another upset against Jake Logan

I was impressed with how hard they fought the Mountain Hawks and was hoping for a little better showing against Oklahoma State.  A tougher team and I do take that into consideration.  I do feel that Manchio could've wrestled Trevor Mastrogiovanni better though.  Was impressed with how well Kazimir handled Carter Young in a mild upset and feel that Fine could have potentially upset Dustin Plott in a 4-3 loss. 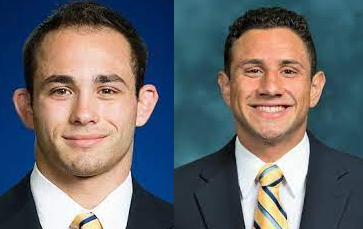 It's obvious that the Mess hall at the University of Michigan serves their eggs but one way....scrambled.  A collegiate wrestling match last 7 minutes and I guess wrestling all 420 seconds is obviously the daily  sermon in the Wolverine wrestling room.  Massa was down in the third period against Ethan Smith of Ohio State & he scrambles his way to a 10-4 decision.  Then Amine....did you see the exchange between him and Romero?  I've never seen so much action in such a short amount of time in my life.  I've been watching wrestling for 30 years & that left me stunned.

Call it Darkhorse if need be, but at this point we're allowed to at least toy with the idea of Michael McGee of Arizona State being a national title contender right? I would think so.  Great win over Pittsburgh's Micky Phillippi 5-3.

Iowa's Draka Ayala yet again proves that the loss of Spencer Lee isn't nearly as devastating as it could have been.  After a huge victory last weekend over Purdue's Devin Schroder, he pulls off another big win for the Hawks in a 6-5 decision over Michael DeAugustino of Northwestern.

Speaking of Northwestern, I was vastly disappointed to not see Ryan Deakin in action.  Hope there's a good reason. This is the second weekend in a row.  IMO he's one of the best wrestlers in the nation. Love watching him wrestle. 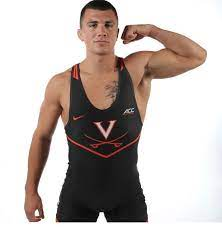 After watching Jay Aiello of Virginia takeout Oklahoma's Jake Woodley 6-1, it's hard for me to believe that the Cavalier has yet to make All American status. Granted, it'll still be no easy task, but I'd be very surprised if he isn't top 8 in March. 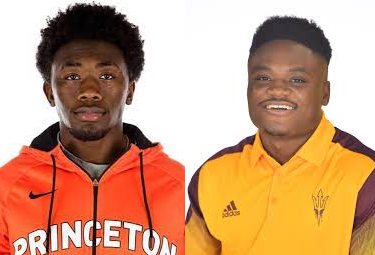 This match went down pretty much the exact way that I thought it would. Unlike the Portillos, these guys aren't twins but they could be. They wrestle the exact same style.  Touch and go, dance, outside blast shots. It just so happens that Teemer hit the fatal blow. This one could have gone either way.

What an upset for American's unranked Patrick Ryan over #9 Josh Heil of Campbell. Not just an upset but a convincing 9-4 decision. I was shocked when Ryan dropped his other matches this weekend after pulling off such a huge win.

Have you ever heard the expression that praise is silent, criticism is deafening? Iowa's Max Murin more than illustrates that to true. Over the years during times when he was struggling, he more than received his fair share of criticism and ridicule. Fans demanding more out of him, some even wanting him replaced. Now that he's stepped it up a notch, and is performing better than ever, it sure seems to be that he doesn't have near the number of praisers than he did criticizers.  I don't mind throwing a well deserved pat on the back. You slow down Yahya Thomas & make him wrestler your style & you open up your offense against a tough Christian Kanzler all in the same weekend? You deserve it. 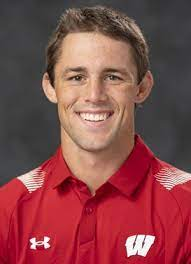 If BIG 10 157 wasn't already looney enough, #33 Garrett Model (who just recently cracked the rankings) with arguably the biggest upset of the weekend in a 10-5 decision over #4 Brayton Lee of Minnesota.  Like I said with Columbia earlier (which is ironic consider Columbia's head coach wrestled for Wisconsin, as well as one of his assistants), there are some good things happening at Wisconsin.  Chris Bono has these guys believing in themselves and believing in the system.  It's showing and not only in Model's victory over Lee, but in many ways.  The Badgers are steadily improving.

Well that wraps it up for this week.  To those who have asked me about why there wasn't much content on JT#1 this week, it's simply been a busy week for me.  Might be kinda slow this upcoming week too.  Hope to have more content.  This past week a snowstorm really slowed me down & then had some family issues come about that took away what would've been my free time for some writeups.  Hope you all have a safe, fun and rewarding week! Onward more great collegiate wrestling!

Posted by Stephen Stonebraker at 8:36 PM