I'm really surprised in discussions among wrestling fans & wrestling personnel that 184 lbs didn't get mor recognition for how insanely tough it was. Not only was it an extremely difficult weight class to win, it was also arguably the toughest weight class to All American in.  Testimony to how early four of 2021's All Americans got beat out.  4th place John Poznanski of Rutgers, 5th Place Dakota Geer of Oklahoma State,  6th pace Britt Wilson of Northern Illinois & 7th place Hunter Bolen of Virginia Tech all got beat out of the tournament before the R12. If that doesn't tell you how how incredibly tough 184 lbs was this season, nothing will. 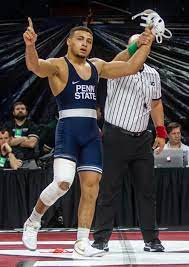 I'm always going to love Dan Gable & I'm also going to cherish him as a coach. He's cemented forever as a legend, but I think if we're honest with ourselves he's been surpassed. I mean just look over this Penn State lineup, what it has done & what it is most likely going to continue to do.  We've already talked about the possibility of a five time champion at 174 & now we look at Aaron Brooks at 184, who might end his Nittany Lion career a four time champion.  The level of talent here & more so getting that talent to produce damn near on a 100% level has me questioning if Sanderson might have made a deal with the devil. It IS true, but it seems too good to be true. 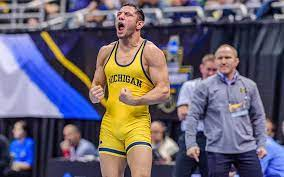 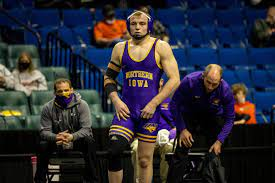 I'm wondering if Parker Keckeisen of Northern Iowa might one day be on the "Best to never win an NCAA title list." I sure hope not. He's way too good to end his career having never won an NCAA title. 3rd-3rd thus far in his NCAA career he still has three seasons of eligibility left. Personally I don't think there's  a soul he can't defeat at 184 lbs, but he's been unsuccessful against Brooks thus far, and he has to contend with him for 2/3 more seasons.  Give me another reason why I put 184 on such a high pedestal for overall toughness. 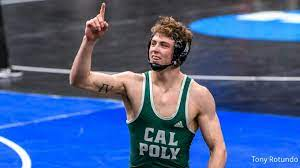 "That guy just decided to be good."  My Dad used to say that about wrestlers sometimes when I was growing up & I think that's the case with Cal Poly's Bernie Truax. Not only did he wake up one morning deciding he was going to be good, he woke up another morning deciding he was gonna be even better!  He was far better in 2021 than he was in 2020 & as far as I'm concerned overall (especially considering moving up to 184) he was better in 2022 than he was in 2021. I'm anxious to see what 2023 Bernie Truax looks like.

When a weight class is as loaded as 184 lbs is, someone's going to place a little lower than some expect them too. That's a mathematical certainty.  A sudden victory loss here & a tiebreaker loss there, saw Trent Hidlay of NCST end up in 5th place. Still an extremely awesome accomplishment, considering the overall field. Kaleb Romero of Ohio State another guy who moved up to 184 after competing at 174 to show what he can do & Marcus Coleman of Iowa State who after only going 9-6 last season, really stepped it up a notch to bring home 7th place honors. 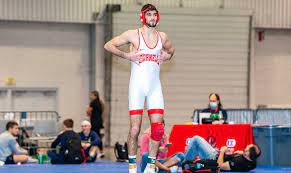 I was really happy to see Jonathan Loew of Cornell make the award stand this season. When I was in high school my assistant wrestling coach Gary Jarmes used to say to us, "Stay the Course." I wish I would've known to the full extent what he was trying to say to us at the time. I think I finally get it not quite 20 years later as I watch Loew compete. You gotta constantly reevaluate, learn from your mistakes & stay the course. A ship gets damaged, you repair it. Your cannons aren't firing at full capacity, you upgrade them. You can't perform at full knots, you work on the engine until you can.  That's been Loew's career & that's been Loew's season. Anxious to see what he can do in his final year next season. 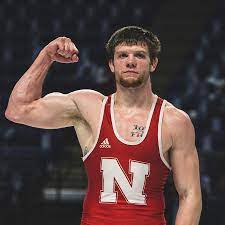 The NCAA's is such an emotional time for me. Honestly, sometimes I wish I didn't follow wrestling as closely as I do. As rewarding as some moments are, other moments just plain suck.  I felt like throwing up when Taylor Venz of Nebraska yet again finished one match shy of being an All American. 4th as a freshman, this is the third time he's lost out in the R12. Nothing against those who beat him out, but man there's little else to say about it other than it just plain sucks.

Again, this is why I say there's so much more to wrestling than the last 3 days of it.  101 varsity career wins. 3rd-2nd-5th-2nd at CKLV, arguably our toughest in-season tournament. Someone wants to still consider him to be one one of the all time greats at Nebraska? Got no problem with that. In fact, I'm someone. 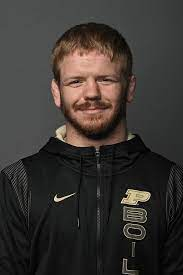 If you don't know by now, JT#1 loves, loves, loves, loves, loves hearing critics silenced.  I have a ton of respect for Charles Small of Hofstra, who I was already a fan of, but became even more of a fan of when he manned up & made a public recognition that he was wrong about Max Lyon of Purdue. A lot of people had a lot of opinions about Lyon getting an At Large bid to the NCAA's & Small was about the only one who refuted on his opinion & admitted he misjudged Lyon.

In what again I'll call the toughest bracket to AA in, Lyon took a first round loss & won three consolation matches in a row including Gavin Kane of North Carolina, Kyle Cochran of Maryland & Keegan Moore of Oklahoma to finish one match shy of being an All American.  Last name Lyon, heart of a lion. 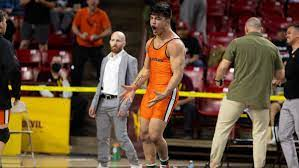 As always I can't keep rambling on forever. Gotta find a place to stop & I'll stop on Trey Munoz of Oregon State. If he doesn't come back with a huge chip on his shoulder ready to open up a can of whoop " " on the whole nation, I'll be shocked.  Here's a guy that stuck Bernie Truax at the PAC 12's & then majored Jonathan Loew 12-2, only to watch Truax take 4th & Loew take 8th, while he finished one match away from All American status. If the sport of wrestling has taught me anything, it has taught me that life isn't fair. He's got three more seasons left in him, let's see what the son of an orange & black, does the rest of his black & orange career.