A lyric from one of my favorite songs, Bob Seger's Against the Wind comes to mind at the moment. "What to leave in, what to leave out."  As I look over the 157 lbs weight class for 21'-22' those are my exact thoughts. So much to say here and while I don't want to inundate with too much information, I don't want to leave anything out either.  So bare with me, this one might be kinda long. 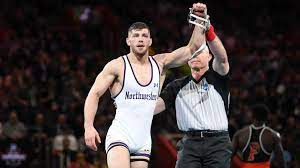 Watching Ryan Deakin of Northwestern finally get his national title was one of the most rewarding moments of the NCAA tournament to me. So many times in life, things don't turn out like they should. Gawd knows how many examples of that I could give you. Yet every once in a while, they do. Every once in a while things end exactly as they should & this was one of those moments. 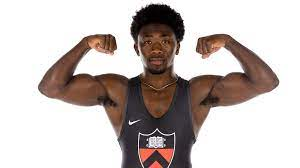 Very cool watching Monday make the finals for the Princeton Tigers. So many great things are happening at Princeton. Already said it when I wrote about Glory, but "brains & pains" are on their way up & seeing a school known for its rigorous academics have such success in wrestling is something that our community should be celebrating as a whole.

"That's why they were a national champion" - Sometimes you find out more about a national champion in a time when they didn't win the title, than in the time when they did. Both David Carr of Iowa State & Austin O'Connor of North Carolina, 2021 NCAA champions, lost early on in the tournament. Carr came back from a second round loss, fighting through the Beaches of Normandy aka the 157 lbs consolation bracket to a 3rd place finish. banged up, battered & bruised, on one good ankle, O'Connor fought all the way back to secure All American honors himself.  Keeping up with the will of a champion, Peyton Robb of Nebraska also came back from a second round loss to high finish of 4th place. 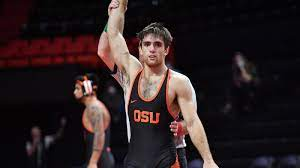 Hunter Willits' win over Carr in R2 did not surprise me as much as it did many others. I've been saying this about Willits for a long time. He's an outside shooter's worst nightmare. If your style is to keep away from your opponent & overcome him with blast shots, you're going to struggle with Willits. He overcrowds you & ties you up, keeping you from creating the space that is vital to your offense.  For those of you that remember Jedd Moore of Virginia, he wrestled the exact same style. He gave James Green of Nebraska such fits whenever the two wrestled. 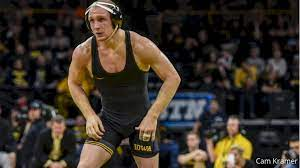 As opinionated and unabashed as I am to give my opinion, I've held my tongue quite a bit this season when it comes to Kaleb Young of Iowa. This kid received so much criticism and s-h-i-t this season and nearly all of it was unwarranted, unsubstantiated & above anything else unnecessary.  I guess I was raised a little different than a lot of people. I grew up with parents and grandparents that instilled within me that winning wasn't everything.  You wouldn't know that seeing the way Young was treated. In fact, you'd think just the opposite. You'd think that winning was everything. You'd think it was the only thing that mattered.  Whether anyone likes it or not, there is luck involved in this tournament. Where you are placed can make a big difference, as can many other facts. You know what one of Young's last victories of the season was? An 8-1 decision over Robb at the BIG 10 consolation semis, who ended up 4th at the NCAA's.  Young's season didn't end on a high note, neither did a lot of other really good wrestlers. That is a fact that I cannot deny.  Yet I also know that Young never tried to injure an opponent, Young never acted like a hooligan after a loss & Young win or lose always behaved in a respected manner. I value that. 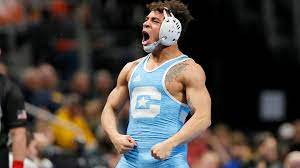 If you read JT#1 regularly you know that I've been a big fan of Dazjon Casto of The Citadel for a long time & season after season I've been calling him one of the best wrestlers yet to make the NCAA tournament. Well, he FINALLY made it this year & I think more than proved why I said what I've said about him for so long. Upsetting O'Connor in the first round & finishing one match shy of All American honors. Wasn't quite as good of an ending as it could have been, but still I think he proved himself well enough. 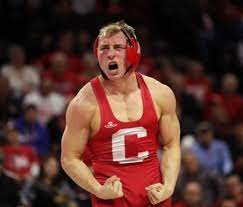 Another guy I've been a fan of for quite sometime, Hunter Richard of Cornell is another guy I'd like to put a word in for. A natural 149 lbs'er, he moved up to 157 this season & after fighting for the varsity spot on the Big Red team, he made the most of his season. All things considered, as tough as this season was & how loaded the bracket was, he went 2-2.  A close loss to Teemer, he fought back hard with impressive wins over Kendall Coleman of Purdue & Justin Thomas of Oklahoma before getting knocked out by O'Connor. 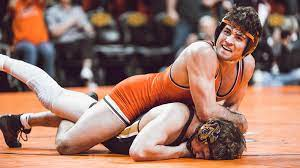 I know I have plenty of those in disagreement with me, but I think that luck DOES have something to do with it. In fact, sometimes I think it has a lot to do with it. I mean come on, could you have gotten a worse draw than Wyatt Sheets of Oklahoma State? There's a reason why he 8th in the nation last season & why he was 1-2 this year.  He had Ryan Deakin in R1 & then David Carr in CR2! Draws DO make a difference.

I think I'll stop here.  As with every weight class, 157 is going to be every bit as exciting in 22'-23' as it was this year. So many great wrestlers return. It's gonna be a barn burner!
Posted by Stephen Stonebraker at 4:38 PM