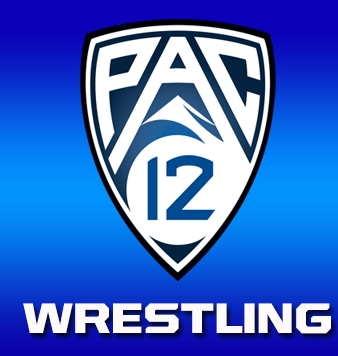 From where I'm sitting the PAC-12 is about 60/40 on which weight classes will happen as predicted & which weight classes could potentially go much differently.  More than half I think will send the wrestlers who have earned allocations & a little less than half could very easily get a steal or two.  Over the years the PAC-12 have been full of surprises. This tournament will be no different.

Once again the color codes

Blue = These wrestlers did not earn allocations & will either need to steal a spot or earn NCAA qualification through an at large bid/wildcard selection.


At 125 lbs in the PAC-12 what you see is what you get.  There are three allocations & these are the three guys that will be taking them.  Arizona State's Brandon Courtney is in very good position to take home his third PAC-12 title, but he could have some competition against Brandon Kaylor of Oregon State in the finals who took him to a 6-5 decision the last they met.  Look for Cal Poly's Antonio Lorenzo to finish a strong 3rd.

Last season Michael McGee came into this tournament & ended up being upset in the semi-finals. With that in mind, you always have to keep in perspective that anything can happen. Yet with the way that he has been wrestling lately, he is going to be a hard man to beat.  He already owns a major decision over two time PAC-12 champion Devan Turner of Oregon State.  Speaking of Turner, he has beaten Bakersfield's Chance Rich every time he's stepped on the mat with him but nearly all of the meetings have been very close. The odds are in Turner's favor but Chance Rich often lives up to his name. He takes plenty of chances during his matches & he's rich with an ability to win matches at pivotal moments.

Is anyone going to steal a spot here? Not giving it great odds, but I'll give it enough to mention Jackson DiSario of Stanford's name.  He'll most likely have two opportunities during the tournament to pull off an upset.  A very, very unlikely one in the semi-finals & then still an unlikely one in the consolation finals.  He's been a PAC 12 runner-up/NCAA qualifier twice before & factoring those facts in, is what gives it chance.


The feud between Grant Willits of Oregon State & Real Woods of Stanford reminds me of one of my favorite feuds from back when I was in high school.  Jeremy Spates of Missouri Vs Travis Shufelt of Nebraska. Seems every time the two would wrestle, if it went the distance Spates came out on top. If it didn't, Shufelt won via fall.  Same sorta scenario with Willits and Woods. Match goes 7 minutes it favors Woods & if it doesn't, Willits WBF.  This is the finals we're destined to see.

Anyone going to challenge destiny? I don't think so.  What I will say though is that both Lawrence Saenz of Cal Poly & Angelo Martinoni of Bakersfield are NCAA qualification material.  I don't see either one knocking off Willits or Woods for an allocation but both will certainly have their names listed when it comes time to choose at large/wildcard entries.

This will be a fun weight.  Our forerunner for PAC-12 champion this season is Kyle Parco of Arizona State. He has one sudden victory loss on the whole season & other than that he has defeated everyone else that has been put in front of him. Why the university of Fresno State decided they wanted no part of this tremendous talent & told him (along with the entire wrestling team & coaching staff) to take a hike & get lost might as well be listed as the 10th wonder of the world (if you know me well, you know good & well why I put 10th.)  The one thing I wouldn't do though is put too much stock into his 11-3 major decision victory over Jaden Abas of Stanford.  Abas knows how to turn losses into wins, even when they are rather ugly.  I mean against Legend Lamer of Cal Poly, he turned a 16-0 technical fall whoppin' into a 10-5 victory.

With Parco, Abas & Lamer already slotted for the three allocations awarded to the PAC-12, it's going to be difficult for anyone to steal a spot.  Yet if there's anyone that can do it, it is Oregon State's Cory Crooks. Crooks has already kept it very close with both Parco & Lamer, so the idea of him pulling off an upset to finish top 3 & qualify for the NCAA's is not much of a stretch.

I said something six months ago & I'm gonna say it again.  I said way back in September right before the season started that if Teemer could keep himself away from Willits, to where he could set up his outside shots & use his lightning quick speed to execute him that he'd win comfortably against the Beaver. Then I made it clear that if Willits could crowd him, keep him tied up & not allow that vital space that is crucial to Teemer's offense that he could give him a match.  I was right.  Last season when they met, Teemer was able to create the space & execute using his phenomenal quickness. This season, Willits crowded the Hell out of him & Teemer needed a tiebreaker to overcome him.  I'm anxious to see what happens this match.


Anthony Valencia of Arizona State is a four time PAC-12 champion. Knowing who he has to go through in order to secure his fifth title is absolutely mind boggling. Of all of the potential conference champions in all of DI wrestling, I don't know if anyone has a tougher route.  He'll have to defeat both Evan Wick of Cal Poly & Shane Griffith of Stanford in order to call himself a champion. I don't know if it gets tougher than that.


Here's where things can get interesting. The PAC-12 has two allocations at 174 lbs & I think it'll be a struggle for both Adam Kemp of Cal Poly & Aaron Olmos of Oregon State to hold on to them. This is a tough weight class. Both will have to win more than one tough challenge in order to get into the finals to secure their NCAA qualification.  Tyler Eischens of Stanford & Albert Urias of Bakersfield are both not only ranked, but both also have proven that they can defeat Kemp.  There there is also Triston Wills of Little Rock, the Trojans best bet for an NCAA qualifier this season. He's had decent matches with both Kemp & Olmos.  Wouldn't be surprised at all to see a steal here.  Matter of fact, I'll go the other direction. I'll be surprised if there isn't a steal here.


Every time Bernie Truax of Cal Poly has stepped on the mat with Trey Munoz of Oregon State he has beaten him. Yet three of the four meetings have been very close & it seems each time it gets tougher and tougher for Truax to overcome Munoz. Can he beat him again for the 2022 PAC-12 title? We'll find out this weekend.

The first time I watched Kordell Norfleet of Arizona State just tear Nick Stemmet of Stanford apart 15-0 technical fall, the thought of Stemmet being able to come in and keep Norfleet from winning his fourth PAC-12 title never would have entered my mind. I'd have given it a 0% chance of happening.  I still don't think it'll happen & the % of a chance I give it of happening isn't a whole heck of a lot greater than 0. Yet the last time the two met, Stemmet turned that 16-0 tech fall loss into an 8-5 loss. That's a big difference.

If I had $$ to lay down for a bet, I'd put it all on Norfleet & I'd feel pretty comfortable doing so.  My point is, I think Stemmet gives him a respectable match in the finals.


Cohlton Schultz of Arizona State & Gary Traub of Oregon State have never met before, yet I tell you what. I truly think that if Gas Tank Gary can stay out of upperbody wrestling with Schultz that he can give the Sun Devil a run for his money. He does NOT want to test Schultz's Greco-Roman skills, but if he can keep away from being thrown, I think he's in the match with a slight chance to win the entire 7 minutes.

There you have it, my PAC-12 thoughts.  Really hope to be able to get to MAC, EIWA & BIG 12 before they start this weekend.  We'll see what time allows.
Posted by Stephen Stonebraker at 9:23 PM