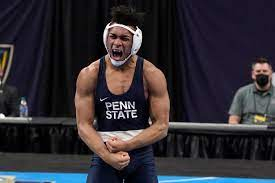 Five time NCAA Champion? Almost seems unreal doesn't it? Yet the way Carter Starocci won last year's loaded bracket & then turned around and won this year's just as (if not more) loaded bracket gives us every reason to think that concept is a very real possibility.  He'll continue to have immense challenge, but what could end up being his greatest adversary is health. I hear quite a few in wrestling circles say, "this is a young man's game" & I think there's a bit of misconception that comes with that saying. I think sometimes people take it & mean it as younger wrestlers are just plain better. In some cases, maybe they are, but I think there's another factor that goes into it that could stand to be discussed.  It's hard to stay healthy & 100% over an entire collegiate wrestling career.  To go without injuring your elbow, your knee, your back, whatever, is pretty rare these days by the time a wrestler enters their final year of eligibility.  Not so sure if the soldier entering the war without a scratch on his body is necessarily better than the solider who's already seen three tours of duty, but he may certainly appear that way compared to the guy with slugs in his shoulders and elbows, and a stump where his leg used to be that was recently blown off by a mortar. It's a beautiful thought to think that in three years, Starocci could have his fifth national title, but that's a long time to go without facing injury.  To combat thoughts of fear, Penn State under Cael Sanderson has not faced many injuries. He's had a very good track record of keeping his guys healthy. 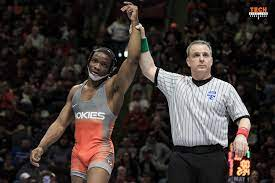 Of course staying healthy isn't the only thing Starocci has to worry about.  For the next two seasons he's going to have to continue to deal with Virginia Tech's Mekhi Lewis, who gave him all he could handle in a 5-5 tiebreaker in this year's NCAA finals. Can Starocci defeat Lewis every time they meet from here on out? If that's his mission, I can't think of too many with a tougher assignment. Matter of fact, that may very well be the toughest task of anyone in 22'-23' or 23'-24' (assuming they both stay at 174 lbs). 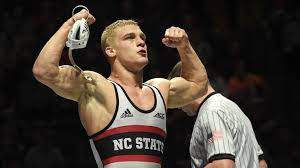 I remember once at a wrestling camp as a kid, Dan Gable saying to a group of us, "You can learn a lot by watching."  I think those are very true words. I think what someone can learn best from studying the career of Hayden Hidlay is attitude. They guy never allowed a negative to ever get the best of him.  He won four ACC titles during his time as a member of the Wolfpack, but had to settle for 3rd this season.  That would've killed some guys. Torn them completely apart mentally. Not Hidlay. He took that negative, turned it into a positive & headed into the NCAA's with the preparation of being an NCAA champion. Then he dropped his semi-final match to Starocci.  Let's take it into perspective for a moment. Here's a guy that is in his final NCAA tournament. He made the NCAA finals as a freshman & he's facing the realization that he'll never be in an NCAA final ever again. Again, that would kill some guys. I've seen it. I've seen guys get to this moment & then completely shut down. They end up losing their next to matches, as they crawl up into the 6th place slot on the award stand, completely flushed.  NOT Hidlay. Instead he comes back & wins two back to back victories to claim 3rd place.

I'm not a wrestling coach, but if I were, I'd want to pick this guy's brain apart. I'd want to know the mental conditioning & the mental strength training that he goes through. How does he think? What goes through his head?  I'd want to know these things so I could instill these ideas & philosophies into my wrestlers.  We talk about mental toughness all the time in wrestling, but we often only allude it to wrestlers who seem to win all the time. I want to know about the guys whose time on the mat doesn't always go as planned. The guys who had to face adversity, like being a four time ACC champion that didn't win their 5th title.  I want to know about these guys & how they got themselves back into the game mentally.  I think a lot of wrestlers & coaches could stand to take a chapter out of Hidlay's book. I chose this picture specifically, because I think it best represents who Mike Kemerer of Iowa was as a collegiate wrestler.  A burning fire. A man of desire whose flames burned hot even in the severest of weather. Through rain & even snow, he stayed lit.  The one thing that Iowa has done such a good job of over the years has been coming together as a team. They have done so through leadership & Mike Kemerer was a big part of that. I've gone to many Iowa duals over the years & I will miss Kemerer. 3-4-2-4 at the NCAA's, what a tough hombre. 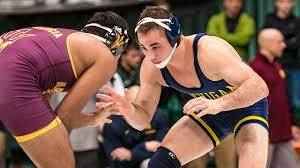 Is it possible to finish the exact same place you did a year ago & still conclude that this was one of your best finishes ever. 174 lbs was loaded this year, & yes, I do consider the final season of Logan Massa's to be his best. Even though 3rd in 2017 & he was 5th in 2021, I still think overall 21'-22' was Massa's best year.  I say this because of the competition he faced, and how well he did all things considered.  His only losses this tournament were to Lewis & Kemerer, plus he defeated Dustin Plott of Oklahoma State twice. 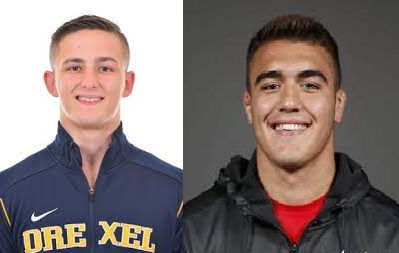 What's the toughest pill to swallow at the NCAA tournament? Well that's subjective. In my opinion it's working your way back through the consolation bracket, winning three matches, only to lose out in a close match to be an All American. That was the case for both Drexel's Mickey O'Malley & Ohio State's Ethan Smith. Fortunately O'Malley has two more seasons & Smith has one more season to go. 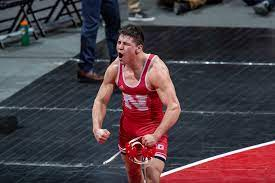 Mikely Labriola of Nebraska finishing 7th after 6th & 3rd place finishes earlier in his career has little to do with him & everything to do with the toughness that was 174 lbs this season.  It wouldn't surprise me at all to see him be an NCAA finalist next season. Matter of fact while we don't' think of him currently being, he could very well be a challenge to Starocci next season. A lot can happen in a year's time. He's got the attitude & work ethic, plus he has a phenomenal coach in Mark Manning, who rarely gets the credit he deserves. You saw how much Lovett & Robb improved from 21' to 22', I have good reason to think that Labriola can do the same in 22' to 23'. 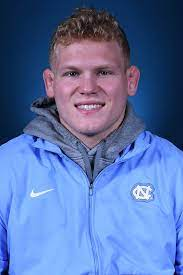 Of course there's always 10,000 more things I could say but I'll end it with thoughts on Clay Lautt of North Carolina. I just love seeing all of the positive things I'm seeing with Tar Heel wrestling. North Carolina prides itself as a "basketball school" & with as well as they're doing in the NCAA basketball tournament they should, but guess what? They're also a wrestling school & they become more and more of a wrestling school as time goes on. Lautt is living, breathing proof of the positives that are going on in Chapel Hill.

I actually do think 174 clears out a bit after this season. The graduation of Hidlay, Kemerer & Massa is going to be felt this upcoming season. I don't want to give the false impression that it's going to necessarily get "easier" for anyone, but those are land mines that one no longer has to worry about stepping on when they cross the battle fields of 174 lbs.  It makes me wonder who steps in and fills those slots.   174 will be interesting next season.

Posted by Stephen Stonebraker at 4:37 PM