As were the rest of the weight classes, 197 lbs was loaded with talent in what was a barnburner of a bracket. 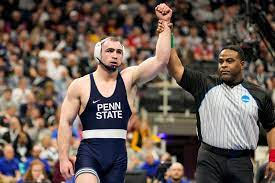 I know some Penn State fans have been angry with me for saying this, and I want to take away nothing from their talent, abilities & phenomenal skill but I do feel this way, so I'll continue to say it; Penn State operates on the opposite of Murphy's law. What can go right, will go right for Penn State. I didn't see any questionable calls go the other way. I saw all of them go PSU's way. Max Dean is our national champion & he could very well win another national title his final season of 22'-23'. Calls going his way did help the situation though & that's a fact. This isn't just a Penn State thing either. It's been that way for Iowa & for Oklahoma State in the past too. It seems whoever is on top, gets the benefit of the doubt. 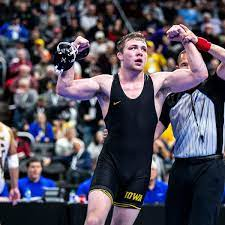 Sometimes I feel that the black & gold fanbase is more of a expectation crowd than they are a response crowd. The expectation for Warner being a #6 seed who finished 4th at the BIG 10's wasn't to make the NCAA finals. Yet personally I didn't feel there was as much celebration for a Hawkeye outdoing his seed & wrestling above presupposition, as there was discussion over matters of disappointment. I think Warner deserved a little more love & praise than what he received, but that might just be me.  I thought he wrestled one Hell of a tournament, showcasing excellent mat awareness & an ability to fend off some of the nations most dangerous at 197 lbs.  His path to the finals was extremely challenging with Thomas Penola of Purdue, Eric Schultz of Nebraska & Stephen Buchanan of Wyoming. The saying at Iowa goes, "You only deserve what you earn."  Well praise was earned & that's why I'm giving it. 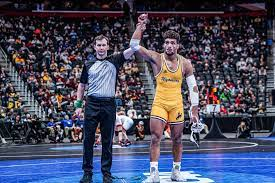 A lot of speculation was brought up of how much different 197 lbs would have looked had Oklahoma State's A.J. Ferrari not gotten injured in a car accident & been 100% to compete at this year's championships. I'm signed, sealed & delivered that he would have went in the favorite, but I'm not sold that he would have for sure won his second NCAA title. Buchanan took him to a 4-2 decision shortly before the accident & the two could have easily met twice more after that. I'm not sure if the Orange & Black Cowboy  goes All & 0 against the Brown & Gold Cowboy.  Maybe he would have. All I know is that with Ferrari back next season, 197 is gonna be tough. 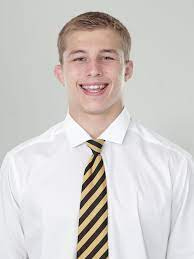 When it is all said & done, we're only going to have a handful of five time NCAA DI All Americans. Barring injury, I'd bet $$ that Rocky Elam of Missouri is going to be one. Already 5th in the nation in the "freebe" year & 4th this season, he has three more seasons of eligibility left before his time as a Tiger is over. 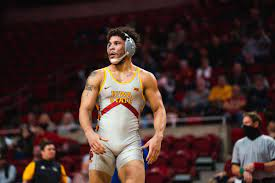 I don't think there's anything wrong with being hardnosed & aggressive. I don't even think there's anything wrong with being just plain mean.  BUT...I'm not a fan of dirty wrestling & I'm still making my mind up over whether Yonger Bastide of Iowa State crossed that line or if he didn't. There were a couple of instances during the NCAA's & a couple prior to the NCAA's that have me on the line about Bastida. Hope to see more instances in 22'-23' that make me go with the, "just a hardnosed wrestler."  Not afraid to call it out though if it ends up, "this guy is dirty."   Either way I accept it & call it like I see it. Some argue that collegiate wrestling could use more edge & an Oakland Raiders style of participation might spice it up a little. That's cool, but if that is cool, reporting on it honestly should be cool too.  Capeesh? 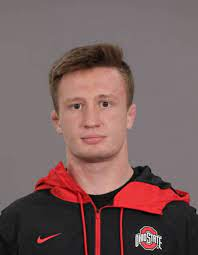 I've been backing up & saying what all Gavin Hoffman of Ohio State is capable of for quite some time now. I've always felt that talent & ability wise, the moon is the limit for him.  He simply has to get out of his own head & we'll see more of those type of results.  He looked great up through the quarterfinals. Tanner Sloan of South Dakota State, Nino Bonaccorsi of Pittsburgh, Jake Woodley of Oklahoma, Hoffman put together some very impressive wins.  Dean took it to him in the semis though & after a tough 3-2 loss to Elam, he was stuck by Bastida in the first period. So an up & down tournament for Hoffman, but he ought to go into 22'-23' with the confidence that he's capable of doing great things the remainder of his career. 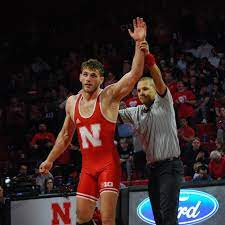 So many great, rewarding, triumphant moments at the NCAA's, it's hard to narrow it down to an absolute favorite. Yet if I had to, I know that Eric Schultz of Nebraska finally breaking through & earning All American honors is at least in my top three. Three time BIG 10 runner-up, two time CKLV runner-up, it seems to me that Schultz was able to put it together anywhere & everywhere other than the NCAA tournament. Which again is why I stress that NCAA wrestling is so much more than the last three days of it! Nevertheless though, I am still thrilled he finally made the award stand! 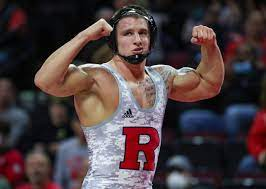 Greg Bulsak of Rutgers is another guy I was happy to see get up on the award stand in his final year of competition. It's been a long, bumpy road full of potholes & construction, but it ended on a high note.  I was happy to see that happen. 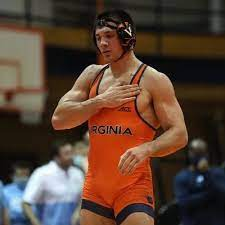 As happy as I was for Eric Schultz to finally make the award stand, I wish it would have been against anyone other than Jay Aiello of Virginia. I once had someone describe the NCAA tournament to me as "Brutal and unforgiving." I think in some ways it very much can be exactly that. I hate that Aiello's final NCAA tournament went down with some questionable calls not going his way, but man, that's life. It sucks & it's unfortunate but it's happened before & it'll happen again. 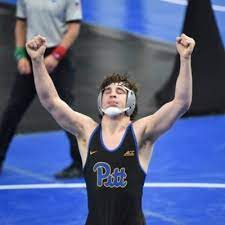 Nino Bonaccorsi is another guy I'll miss watching on the mat.  As I said about Jake Wentzel, it's really a shame that Bonaccorsi was a senior this season, because I still believe some of the Panthers best days are ahead of them, & it would have been nice to have seen him along for the ride. Nevertheless he ends his career having made the NCAA finals once & the R12 twice.

I'll end there although as always, so much more I could say about the tournament and the wrestlers in it. Schultz, Bulsak & Aiello are all gone, but everyone else is back next season + so many more. Jake Woodley of Oklahoma, Louie DePrez of Binghamton, & the list goes on. It's tougher now than it's ever been. Doesn't look like it's going to slow down anytime soon either.
Posted by Stephen Stonebraker at 8:58 AM