4 Times When Basketball Was a Friend To Wrestling 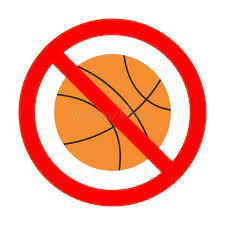 Exactly how or when our animosity towards basketball began is rather a mystery. Common sense says that it primarily comes down to competing with the sport for athletes, space, time & media coverage. The two take place during the same season, and both for many isn't an option. It would seem that this hostile rivalry between the two sports is perpetual, but history proves otherwise.

As an amateur historian of our sport, I have been pleasantly surprised by the rather large number of some of our top wrestlers of the 1920's, 30's, 40's, 50's & early 60's, who also had success in basketball. It's not until the mid to late 1960's, when you really start to see the two sports go from friendly contemporaries to bitter adversaries.

I think you would be shocked to learn of some of the names that also had some background in basketball. Harold Nichols ring a bell? Believe it or not, he got his start in collegiate coaching not on the mat, but on the court. He worked as an assistant basketball coach at Arkansas State, before starting the Red Wolves wrestling program that he ran from 48'-49' through 52'-53'.  We're all very familiar with his career once he headed north to Ames, Iowa to take over the Cyclone wrestling program.

Point is, many of us in the wrestling community see basketball as the enemy.  Furthermore there are stories of when and how basketball truly has been an enemy.  There have been programs that have gotten the shaft in favor of basketball. There have even been programs that have been cut because of basketball.  Where I grew up, I can name a high school that refused $$ to start a wrestling program, because they thought it might put their basketball rich tradition at stake. So, I'm well aware of the realities that surround the stereotypes.

Yet, believe it or not, I am not one of these guys that hates basketball. Matter of fact, I've pretty much never hated basketball. When I was little I wore the T-shirt with the The only thing I adore on a basketball floor is wrestling mats from door to door & I played along within the rivalry but by the time I got to junior high, I simply saw wrestling as the sport that was for me and basketball as the sport that wasn't. I attended basketball games in high school to support the kids that supported me by attending my wrestling duals. To this day I attend two or three basketball games a season. Comparatively speaking to the 25+ wrestling duals/tournaments I attend.

I'm not here to sell you on basketball or suddenly make you into a pumpkin pushing lover.  However, I want you to be aware that basketball isn't always our enemy. Matter of fact, there have been times when Basketball has been our friend.

Here are 4 examples of when Basketball was a friend to wrestling.

During his youth, Jim McGowan was vastly interested in martial arts. He took an assortment of classes from judo to jiujitsu.  Competing for Tamalpais High School (California) he was a standout on both the gridiron and the court, helping lead his school to league titles in both sports. Joining the Marines after high school, McGowan wouldn't discover wrestling until he enrolled at classes post his time in the Marines at San Francisco State University. It was there he saw wrestling and figured that it was a martial art that he had to add to his repertoire. Although sought after for the basketball team, McGowan found himself soon in love with the sport. By the time his collegiate career was over, he had earned conference honors. Soon after he got a job at the College of Marin. The only thing he didn't like about the school was that it didn't have a wrestling program.  So in the winter of 1963, he started one.  It would last until it was discontinued after the 1996-97' season.


During his high school days, Russ Thurman was a star on the basketball court and on the track. He came to Linfield with the intention of competing for the Wildcats in both. Yet at the time, Linfield was starting a wrestling program. For one reason or another Thurman's track coach Hal Smith thought that time on the mat would be better for him than time on the court.  Only one small problem stood in the way. Linfield couldn't find anyone to coach the team.  Thurman who knew nothing about wrestling went to the library and got some books. He then went around to the local high schools that had programs & began to pick the brains of any and all of the coaches that would teach him the sport. Linfield would not allow Thurman to coach as an athlete, so Thurman found the first professor willing to learn and taught him enough so that he could be named coach.  Post college, Thurman had grown to love wrestling so much that he took over the Crook County High school team.  He led his team to 500 dual victories against only 76 losses.  This included 17 district team titles, 2 State team titles & finishing in the top 10 at the state tournament on 18 occasions. Not bad for a guy that had originally gone to college to shoot hoops.


Frank Furtado grew up with a deep passion for both football and basketball, where he was a standout on both teams during his high school days growing up in Ripon, California. Although he never lost his love for basketball & it was probably always his deepest passion, he began a passion for wrestling in one of the strangest ways. Post high school, he began going to a Dentist that he had a deep respect and admiration for. This Dentist had been a wrestler & he had started a wrestling club that he encouraged Furtado to check out.  At the time Furtado was coaching basketball at George Fox, but as he learned more and more about wrestling, he made it a mission to start a program at George Fox too.

It wasn't too long after that Furtado found himself at Seattle-Pacific where he took it upon himself to take over the wrestling program.  The time for Falcon wrestling was short and sweet, only last 10 seasons, but Furtado made the most of his time. He had at least one NCAA qualifier to the DII championships every season, taking his team to a 9th place finish in 1971 & a 7th place finish in 1972.  When Seattle-Pacific decided to discontinue wrestling, Furtado turned his attention back to basketball.  He got a job working with the Seattle Supersonics for the next 35 years.

The history of collegiate wrestling in our southern states is a long, convoluted and complicated one. There have been many over the years who have done their best to grow wrestling in the south, but one who is often overlooked as well as underappreciated is the late George McCarty.  Already a legend for various reasons, one of which was breaking the color barrier by recruiting Texas El Paso's first African American athlete, basketball star Charlie Brown, McCarty was extremely instrumental in starting up the wrestling program at UTEP.

Matter of fact, it was his idea. He was aware of the work that Swede Umbach had been doing getting wrestling programs in the SEC & despite the fact that he was the head basketball coach, he thought it would be great for the Miners to field a wrestling program.  He worked diligently hiring Bruno Rolack as the head coach, as he worked with Rolack in developing a pipeline with Joliet Community College in Illinois for recruiting purposes.  He worked hard to try and get other schools in Texas to consider adding wrestling, but most wouldn't. Southern Methodist made a commitment as did Texas Christian that if the other schools in the Lonestar state would field teams, they would too, but nothing came to fruition. (Which is a mostly true statement, although there were some club programs & LeTourneau had a varsity program, as well as a couple of NJCAA's).

Lasting from the 68'-69' through the 70'-71' season, the costs of keeping the wrestling team became too much as all of the competitions were away. McCarty could not convince any of the schools with wrestling to make the long, treacherous trip down to El Paso, Texas, nor could they afford the long trips themselves.  As a result, the program came to an end.

Nevertheless it should be remembered as well as celebrated that a man whose business was more or less coaching basketball, took it upon himself to not only start a wrestling program at his college, but to also try and help the sport of wrestling grow in an area where it had practically no presence. So even if 99% of you still hates the sport of basketball after you've read this article, let that be the 1% of you that doesn't.


Posted by Stephen Stonebraker at 4:58 PM