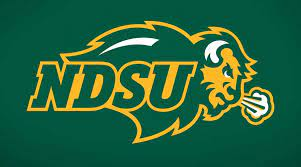 North Dakota State started off the wrestling season with a huge win over Nebraska and now they are holding an open this weekend. As it has been in years past, it looks to be pretty good with some great potential matches bound to happen.

Pat McKee of Minnesota returns looking for another Bison Open title & I don't think he's going to have much if any trouble securing it. As to who his finals opponent will be? Don't know for sure but I do believe Tanner Jordan of South Dakota State could very well be it.


Excited to see if one of the top wrestlers in NCAA Division II can hang with some notable talent in NCAA Division I.  Reece Barnhardt of Mary, 4th in the NCAA DII championships last season will get his chance to tango in the waters of DI this weekend. Exactly where he will finish, I do not know but I do predict a top six showing.  Minnesota's Aaron Nagao is the top ranked wrestler in the weight with South Dakota State's Gabriel Tagg not far behind.  Yet let's not forget it was Minnesota's Jake Gliva who won the championship last season.  Also in the mix here will be Jager Eisch of Minnesota & McGwire Midkiff of North Dakota State.

I absolutely love weight classes like these. All four of the top four place-winners from last season are back & all four of these guys know one another quite well. May I also add that three of the four are ranked in the top 10 & the other is one of the very best backups in the entire nation. South Dakota State's Clay Carlson looks to be in pretty good condition to defend his title. Over all he is 3-1 against Minnesota's Jake Bergeland & an incredible 8-0 against North Dakota State's Dylan Drogemueller.  Where we may see some changes of position is with Marcos Polanco of Minnesota. 4th here a year ago, he took Drogemueller to a 3-2 decision & Bergeland into sudden victory.  What a statement it'd be for him, finishing ahead of two All Americans if he were to win a title.

This time it is the NAIA that gets an opportunity to shine among the NCAA Division I talent. 2022 NAIA runner-up Martin Wilkie has the opportunity to see what he can do against Minnesota's Mike Blockhus & last year's runner-up Kellyn March of North Dakota State. Is anyone besides me getting a little Emmett Wilson vibe?


It was heartbreaking to see the season end on such a sour note for Minnesota's Brayton Lee last season. Yet many think despite his injury that he'll be back better than ever this season. We'll certainly find out here as he'll have familiar opponent Jared Franek of North Dakota State to contend with. Lee defeated Franek for a Bison Open title last season 6-4 sudden victory.  In other news, look for a possible top six showing out of Mary's Braydon Huber.

If prior results and ranking have anything to do with how this one will be seeded, then our top seed without question will be North Dakota State's Mike Caliendo.  He owns an 8-4 victory over our likely #2 seed Tanner Cook of South Dakota State. Cook owns a 3:52 fall over Andrew Sparks of Minnesota & Sparks owns a 5-3 decision over Carlson.  Much like Polanco, Carlson has a great opportunity to show the nation that he is one of the best backups in the entire country.


It'll be one heck of a task, but I believe here both the NAIA & NCAA Division II have an opportunity to prove themselves against DI talent.  Nakoda Siegel of Montana State Northern who was 5th in the NAIA's last season, along with NCAA DII qualifier Max Bruss of Mary will contend for a top six showing.

Once again a Golden Gopher has the opportunity to show just how deep the Minnesota lineup is. Jared Krattiger won this tournament last season, but it should be noted that his championship victory was via medical forfeit. Later in the dual, DeVos actually beat Krattiger by a score of 6-1.  DeVos also owns victories over Bailee O'Reilly with 9-2 & 3-2 decisions.  This will be a fun weight.


We have a three man race to the title here at 184 lbs.  Isaiah Salazar of Minnesota may be the returning champion with the highest ranking, but he's got his hands full with both South Dakota State's Cade King & North Dakota State's D.J. Parker.  The last he and Parker met, he squeaked by with a 4-3 victory.  As to the probable semi final between King & Parker? It'll be the rubber match.  Parker owns a 6-1 victory & King owns a 5-4 victory.

Now here's where things get interesting. We have our rankings but we also have our results.  Parity as if often does in our great sport, lingers its ugly head.  Isaiah Salazar owns a 9-3 victory over Tanner Sloan of South Dakota State.  Yet Owen Pentz of North Dakota State has a 4:07 fall against Salazar. Sloan meanwhile has absolutely owned Pentz every time he's stepped on the mat with him. An 8-0 major, a 16-1 technical fall & a 5:25 fall. For the record Garrett Joles, Salazar's backup (imagine that, talking about another Golden, Golden Gopher backup) owns a 4:52 fall against Pentz. Among all this confusion, I still think that Mary's Matt Kaylor, representing NCAA DII can find his way to a top six finish.

When I first started thinking about the Bison Open I was also positive we'd get to see another classic battle between South Dakota State's A.J. Nevills & North Dakota State's Brandon Metz.  Yet after watching Juan Mora in action against Nebraska this weekend, I'm not so sure. He looked really good.  Nevertheless shall Nevills & Metz meet again it'd be the fourth meeting between the Jackrabbit & the Bison.  Metz owns a 1:52 fall against a 1-0 decision & a 3-2 tiebreaker.

Posted by Stephen Stonebraker at 8:54 PM