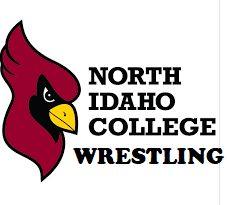 When evaluating a NJCAA wrestling team there are many ways to measure success.  Credentials and accomplishments are certainly one way. North Idaho College has more than proven themselves in that area with 14 team NJCAA titles, 55 Individual NJCAA champions and 249 NJCAA All Americans.  Another way is to look at who these individuals became in life and again with the many that continued to contribute as educators and coaches, North Idaho College more than measures up.  With as few collegiate wrestling opportunities as their are anymore for wrestlers in the northwest, North Idaho College is recognized for providing that much needed service.

An area that junior colleges are sometimes overlooked in though, is how many of their wrestlers end up continuing their wrestling careers and education at the next level?   North Idaho college has been producing NJCAA All Americans since 1972 and since 1972 many of their wrestlers have gone on to compete at other colleges.  We're talking every division, all over the country. NCAA DI, DII, DIII, NAIA from Canada to Florida, North Idaho College has done a tremendous job of making sure that once their athletes finish up in Coeur d'Alene, they find a new home.

There's no way I can hit on every single wrestler that wrestled for North Idaho and where they ended up going to college and how they ended up doing.  There are many that will no be included in this article.  What I will do though is illustrate through many examples how successful North Idaho has been in this field.


During the time when Eastern Washington had a wrestling program, they were quite competitive throughout the mid 1970's.  Many of their star wrestlers were transfers from North Idaho.  Ken Foss who was a two time NAIA runner-up in 77' & 78' first took NJCAA All American honors for the Cardinals in 76' with a 5th place finish.   Lynn Taylor was another Cardinal who went on to have success as an eagle. An NJCAA runner-up in 75' he was an NAIA runner up in 78'.   Mike Reed who is pictured, was 5th in the 1975 NJCAA, winning NAIA titles in 76 & 77.

During the time Montana Western fielded a varsity wrestling team they were a powerhouse in NAIA wrestling throughout the mid 80's into the mid 90's.  This included many top 10 NAIA team finishes and winning the 1994 NAIA team title.  During this time the relationship between North Idaho and Montana Western was phenomenal as many of the Bulldogs top stars started off their collegiate career competing for the Cardinals.   Steve Meuer was 8th in the NJCAA in 86', earning NAIA All American finishes of 7th in 89' and 2nd in 90'.  Jim Putnam (Pictured) was a two time NJCAA All American making the finals in 88' before making the NAIA finals in 89'.  He finished up his career at Boise State.  Pat Whitcomb (also pictured) a name synonymous with the success of North Idaho wrestling who back to back NJCAA titles in 86' and 87' before making the NAIA finals in 89'.    Other standouts that earned NJCAA honors for North Idaho and NAIA honors for Montana Western include Todd Goodwin, Ernie Molina and NAIA champions Jamie Kamberling and Shawn Fossen.

When Alaska-Pacific toyed around with the idea of adding a varsity wrestling program to their athletics, one of the main questions was, "Where would they get their wrestlers?"  No need to worry, North Idaho was their to help.  The small college in a city just a hair over 50,000 people was more than happy to help out.  Alaska-Pacific wrestling didn't last long, but during their time they held their own, including taking NAIA runner-up honors in 1987.  This success in a lot of ways had to do with the pipeline of talent from North Idaho.

The success at Montana State Northern speaks for itself. Six time NAIA team champions, with four runner-up finishes and four third place finishes. We are talking one of the most rich and storied programs in all of NAIA wrestling.  The Lights have worked with North Idaho for over 40 years getting some of the best NJCAA talent the Cardinals had to offer and making them into standouts in the NAIA.  Some of the many examples below.

Face it, when the wrestling community thinks NCAA Division III wrestling, they think either Wartburg Knights or Augsburg Auggies (and yes, I can name Augsburg wrestlers that started off at North Idaho too).  The Knights have produced an assortment of grand wrestlers throughout their history of domination and some of those Knights began their collegiate careers at North Idaho.  The eccentric Ben Shane, known for his unorthodox style & off the wall personality first earned NJCAA All American honors with a 4th place finish in 97' before winning back to back DIII titles in 98'and 99'.   Ozzie Saxon was NJCAA 2nd in 01' & a NJCAA champion in 02' before earning back to back DIII Runner-up finishes in 03' and 04'.    Another example is Alain Djourmessi was was NJCAA runner-up in 01', taking back to back 3rd place finishes at the NCAA DIII tournament in 02' and 03'.

Believe it or not, Wartburg isn't Iowa's only connection to North Idaho.  There was a time when high school powerhouse Lisbon sent their talent to compete for the Cardinals. Both William Penn and Grand View have gotten some of their wrestlers from North Idaho.

There have been examples of former North Idaho wrestlers who opted for a better climate in the winter who competed for the Mocs of Tennessee-Chattanooga.  Israel Sliva a two time NJCAA All American and Josh Edmondson an NJCAA Champion both won SOCON titles while competing for the Mocs.

North Idaho college was extremely instrumental in the first major success of the Corban Warrior wrestling program.  Levi Perry who was 3rd in 17' & 2nd in 18' for the Cardinals, along with Cooper McCullough was was 5th in 19', were the programs first NAIA national qualifiers.  McCullough was also Corban's first conference champion.

I could go on and on with all of the countless number of examples of North Idaho wrestlers that went on to have success at other colleges.  When I say they went everywhere, I mean everywhere.  Examples at Louisiana State, Southeastern in Florida, Simon Fraser in Canada, literally everywhere.  It is such a storied program with such a rich history that often gets overlooked and underappreciated due to being a small community college in a rather remote area of the country.

One last tidbit that I have to share before I go.


Posted by Stephen Stonebraker at 8:20 PM