What another great week of collegiate wrestling!

DISCLAIMER - And I probably should have noted this last week as well. My goal with my website is to do something different than what everyone else is doing.  I spend a lot of time in the vehicle. I travel a lot and I love going on rides. I sometimes listen to ESPN radio.  I listen to these guys just shoot the breeze with one another about football, basketball and baseball.  Talk about games, players, random moments in games and anything else concerning the sport. That's what these little recaps are.  If you listen to ESPN radio, read it like that. 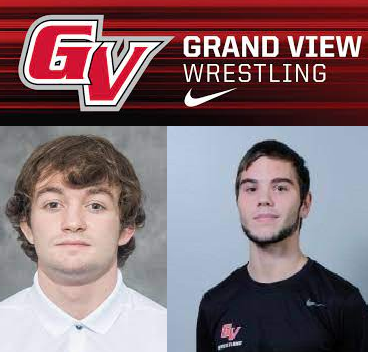 Started off the weekend a little disappointed, I'll be honest.  The 3rd place matchup at The Grand View Open was scheduled to be between teammates Aden Reeves and Justin Portillo.  Now that is a match I would have liked to have seen.  Decided not to wrestle it. Gotta respect that decision, but am disappointed in missing what I think would have been a great match.

NDSU looked very good as far as I'm concerned. It was their house on their day and a lot of good things came out of the Bison.  At 141, Droegemueller who isn't even ranked upset #24 Marcos Polanco of Minnesota & then took All American #11 Clay Carlson to the limit in a tight 3-1 loss to finish as the runner-up. At 157 Jared Franek took Brayton Lee of Minnesota into sudden victory showing that his name belongs among the rest of them.  Luke Weber at 165 scored an impressive fall over Minnesota's Andrew Sparks.  Owen Pentz at 197 scored fall after fall after fall in route to a title. I still think Matt Stencel of Central Michigan will be the pin king by year's end, but now he obviously has some competition.  Most impressive among the host?  Brad Metz sticking South Dakota State's A.J. Nevills in 1:52.  I was NOT expecting that at all.   NDSU looked good here.  Keep in mind this was coming off of a disappointing performance against Missouri, so even more all the impressive.  Be it a pep talk or a royal chewing, something worked. 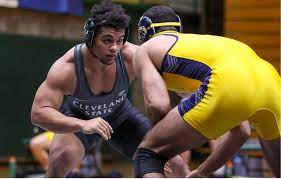 I was a little shocked that Cleveland State's DeAndre Nassar didn't make the rankings at the beginning of the year. Maybe with his 2-1 upset of Purdue's Max Lyon, he'll now be on there.

Michael McGee obviously has a heck of a back up at Arizona State doesn't he? Sheesh. Julian Chelbove defeats Jared Van Vleet of the Air Force 9-7 and then just destroys Sid Flores of the Air Force 16-3 in route to a 3rd place finish.  Makes one wonder what kind of an effect this will have on the starting position at 133 for Air Force. Flores placed whereas Van Vleet did not, but Van Vleet looked better against Chelbove. 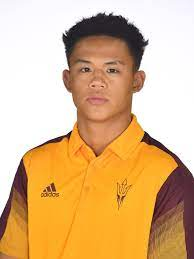 Speaking of Sun Devils, I tell you I think before his career is said and done we could see a national title out of Kyle Parco.  Technically he's still only a freshman.  Sticking Jonathan Millner of Appalachian State at 5:16 is pretty impressive.  It won't be the last impressive thing, in fact it'll be far from it, that we see from Parco this season. 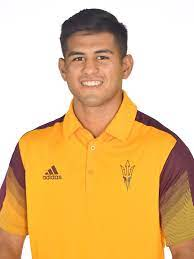 And yet another Sun Devil that impressed at the Mountaineer Open.  Scored an 11-8 victory over Cody Phippen of Air Force in the Quarter Finals, sticking Cayden Rooks of Indiana at 1:41 in the semis and then having his way with Appalachian State's Anthony Brito 10-1 in the finals.

I will say that I do wish these brackets were full wrestle-backs. Phippen came back strong to take 5th, but I think had he had the chance, he'd have taken 3rd. 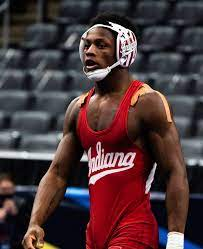 I feel like a fool.  I had the audacity to wonder, to question if D.J. Washington of Indiana was going to have the strength and the size to compete at 184 lbs or not.  He does!  He stuck Jha'Quan Anderson of Gardner Webb and Jake Thompson of Air Force in route to a dominating performance.


I rarely criticize cause I wouldn't want to be in charge of it, but seriously who seeded 184 lbs?  Maybe I'm missing something here, but it made absolutely no sense to me to have Jonathan Loew of Cornell meet up with David Key of Navy in the quarter-finals.

Was happy to see Gil wrestle well and win a title for the Diplomats here. Hope to see more good things out of him this season. 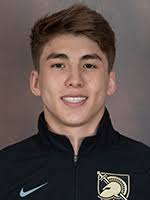 Thomas Deck of the Army impressed me at this round robin fiasco.  A 7-5 decision over Drew Marten of Central Michigan and a 6:10 fall over Michael Jaffe of Harvard. 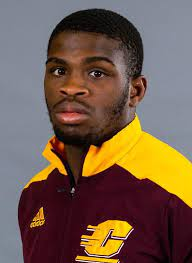 Central Michigan's Johnny Lovett continues his back and forth ways. After not looking so hot at the Michigan State Open last weekend, he looked pretty solid this weekend.  A huge 4-2 victory over Oregon State's Hunter Willits and another impressive win, this one 4-1 over Penn's Doug Zapf.

Cooper Flynn looked good. He's redshirting this season, but come 2022-2023, Sam Latona may have himself a worthy opposition for the starting spot at 125 lbs for the Hokies.  Flynn had a controlled 7-1 decision over Campbell's Zurich Storm and then defeated Campbell's Korbin Meink 6-5 in the finals.

Stevo Poulin of NCST is obviously another redshirt to watchout for in 2023.  He pulled off an impressive 7-1 victory over Anthony Molton of Campbell.  Meink @ 2nd, Molton @ 5th, with Storm not placing.  What effect does this have on the starting spot for the Camels?

North Carolina redshirt Lachlan McNeil wrestled an impressive tournament.  A 9-1 major decision over Hunter Lewis followed up with a 3-1 victory over North Carolina State's Ryan Jack. He wrestled in high school in the United States, but I still think it's cool to see a Canadian competing at such a high level in American collegiate wrestling.  Future Common Wealth Games/Olympic medalist?

Taye Ghadiali looked impressive in route to a Wolfpack title.  A 2-1 win over Deonte Wilson of North Carolina State in the semis and a 3-2 win over Hunter Catka of Virginia Tech in the finals. 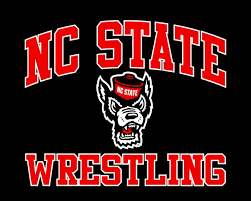 Lastly I'll say that it is obvious that North Carolina State has plenty of depth in the room at each weight.  Orine defeated Trombley 2-0 in the finals at 141, and this battle is far from over.   The saga continues at 157 between Scott and Kovacs. After losing 9-8 to Kovacs at The Citadel Open, Scott turns around and pins him at 2:18 to win the Wolfpack Open.  Trumble and Ferreira didn't wrestle in the finals at 197, but you know with a 10-7 win over Levi Hopkins he's good & to top it off Brock Delsignore pinned Hopkins in 5:55.   Wilson and Trephan could have battled it out again for 3rd place, but decided not to wrestle the match. That battle will be for another day.

Posted by Stephen Stonebraker at 7:43 PM