Embrace The Change: MIDLANDS Should be Folkstyle "Worlds/Olympics" 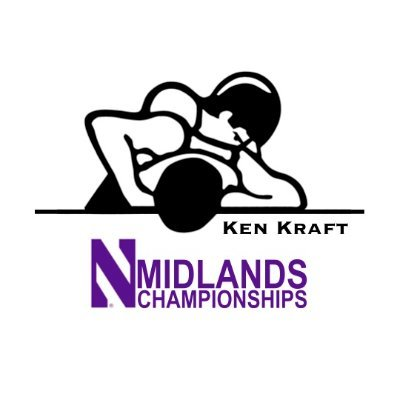 Let's face it, things have changed and they aren't going back to the way they were. The Midlands was canceled this year & in it's place we got the Matmen Invitational. Some are calling for the tournament to replace the Midlands. I don't see that happening. Yet, knowing who and what is involved in the Matmen invitational, I also know that it isn't going anywhere either. It's here and it's here to stay. On top of it, we almost had another tournament this year, the Hawkeye Open.  One was, one was projected to be successful. It's inevitable.  While we've enjoyed two major tournaments this time of year for many seasons, the Midlands and the Southern Scuffle, from here on out, we're going to have four.  Our end of December beginning of January will look like this.

The Midlands
The Matmen Invitational
The Hawkeye Open
The Southern Scuffle

While I don't think this is going to effect the Southern Scuffle much, it is going to have a large scale effect on the Midlands.  I'm not sure if the Matmen Invitational is going to have a set location & be where it was this season, every season or if it might find another home. The Hawkeye Open is going to be in the Iowa City/Coralville area every season. You can count on that.   This means that teams that would have otherwise gone Midlands in the past, are now going to potentially go to the other two tournaments.  Like with the Scuffle & the Midlands teams will switch it up from year to year, but competing with one tournament for teams, is different than competing with three.

Cons already established, there are pros here too.  For one, it opens up the doors for other teams to win the Midlands title.  Face it, with a few other teams here and there winning titles, the Midlands has been all but owned by Iowa since 1974.  If they didn't win it, they finished pretty high.

The other potential HUGE plus, is that the Midlands could potentially again be the home for post-graduate competition.  For years and years and years it WAS.  Go back and study the history of the Midlands and you'll see a whole mess of guys who had long since graduated from college competing in the championships.  We're not just talking recently graduated either.  You have wrestlers 5, 10, sometimes more years post graduation competing.  That's what the Midlands used to be all about.

What DOES make sense and what would be great, is for the Midlands to be the folkstyle "Worlds" if you will. Or if you don't like the term, let's not argue semantics, call it what ever you want.  A tournament featuring international stars against collegiate stars in folkstyle wrestling.

At the Matmen invitational we got to see post-grad Mark Hall in action.  Imagine a tournament where he's not one of one, he's one of many.  Where each bracket has a multitude of post-grads.  Where today's top collegiate stars are taking on yesterday's top collegiate stars.  I'm sure you've imagined what it would be like if a top wrestler from now took on a top wrestler from then.

Maybe my years are a little off here, but you get the idea.  Can you imagine what if we got to see this sort of action year in and year out?  It'd be extremely exciting and fun.  Talk about the anticipation and the hype.

One way or the other, things have change.  The Midlands can't stay as it is.  It's going to have to do something.  Maybe this isn't the answer, but I sure would like to see it explored.

**Later this Spring & Summer after the wrestling season is over, I will be doing a series called, "Post Grads At the Midlands" which will illustrate what I mean by the Midlands at one time was a home for post-graduate competition. ***


Posted by Stephen Stonebraker at 1:47 AM