First off a huge apology for the lack of content on Johnnythompsonnum1 as of late. I had a whole heap of articles ready to be written when Wednesday night at work I started getting really dizzy with a debilitating headache. Got so bad I had to go home.  Got tested, COVID positive.  Thursday & Friday I was completely useless to the world.  Thought it was bad when my temperature got up to 101.8, but it was a whole other experience when it reached 102.7 on Friday.  Saturday I began to get back to normal as I did Sunday.  Today I still don't feel the best, but I'm COVID free and recovering.   So, hate excuses but that's your reasoning as to why this week was so bare.  Hopefully I can do some catching up for this week. 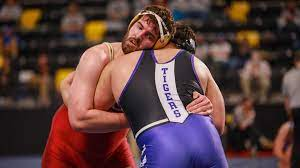 Gotta do a little bragging on a guy from my alma mater. Kaleb Reeves of Coe, who wrestled for Sigourney (where I wrestled) recently broke the school record at Coe for number of pins in a career with a total of 62. Guy loves upper-body wrestling, spends a lot of time doing Greco, and it shows in his matches. You DO NOT want to go upper body with this guy. He's a pinning machine! 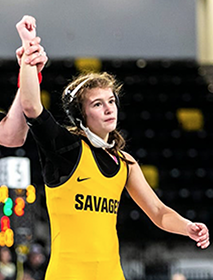 99% of the time I stick to being a strictly collegiate wrestling website, but every now and again something happens at a different level of wrestling that I just have to speak about.  Another great thing has happened with Sigourney-Keota Savage wrestling. Reanah Utterback, who earlier this season became the Savages' first Girl's State Champion, just became the first girl to ever qualify for the Iowa High School State Championships from Sigourney.  If she is to place this weekend, she puts herself in line to eventually become the second wrestler in school history to place four times.  The other is Danny House who placed 4th-4th-5th-3rd between 1981 & 1984. 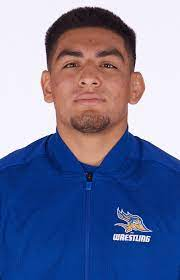 You really start to see guys step it up a notch towards this time of year and one of those guys that did so this weekend was Cal State Bakersfield's Albert Urias.  Two smart sudden victory wins over Sam Wolf of Air Force & Tyler Eischens of Stanford. The win over Eischens in particularly is vital as we're nearing PAC-12 tournament time & seeding is essential in the war for qualification. 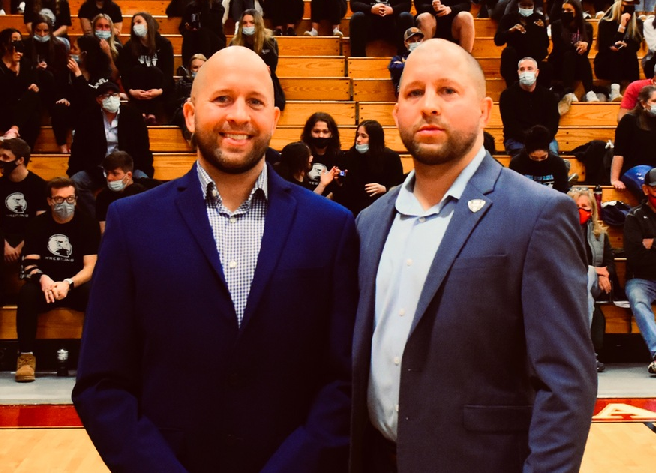 Gawd only knows the battles that took place between the Moore brothers Josh & Scott when they were in high school & when they were both at Penn State at the same time. Now the two continue their brotherly rivalry as coaches as Lock Haven & Cleveland State locked horns this weekend. Pretty cool to see. 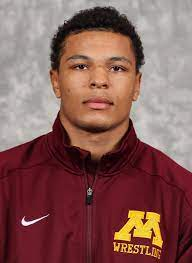 Minnesota's Michial does it again! Another nice upset victory for the Golden Gopher as he upended #21 Gavin Hoffman of Ohio State 5-3. 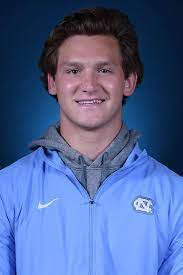 At the beginning of the year I would have put $$ on the 184 lbs ACC champion being either Trent Hidlay of North Carolina State or Hunter Bolen of Virginia Tech. I think there may be a new contender in town. North Carolina's Gavin Kane only has two losses on the season & both of those were at 174. Ever since moving up to 184, he has looked better than ever. A very controlled win over Wisconsin's Chris Weiler & dominating wins over both Virginia's Michael Battista and Pittsburgh's Gregg Harvey. This weekend he defeated Bolen 3-1 sudden victory.

I applaud the effort I really do.  Flo, Iowa, Oklahoma State, + others put a lot of time, effort and hard work into this. It needs to be acknowledged and praised.  I hate to say anything negative at all, but it was disappointing that only a little over 12,000 people showed up to an arena that sits over 40,000.  I love events like this, but is 12,000 a number that justifies more?  I question if maybe wrestling should have looked into holding the event elsewhere.  Texas is a huge state & what scares me about this result is that it might get chalked up to, "just isn't popular in Texas" and I wonder if it's not so much Texas as it is WHERE in Texas.  12,000 people isn't a terrible number, but I was hoping to see a lot more.  As to the sentiment of growing wrestling, I question other places that such an event would be good to see. The 2015 NWCA All Star Classic was held in Atlanta, Georgia at Georgia Tech University & if memory serves me correct, we didn't quite have the attendance there we were hoping for either.

I got into a discussion with Fanco earlier today & we discussed warmer climates for the NCAA's.

My top suggestions were....

KFC Yum Center in Louisville, Kentucky. Could be hosted by Bellarmine. Seats 22,090 people.

Posted by Stephen Stonebraker at 10:00 AM