The end is near. I always get a little sad around this time of year because I know the season is dwindling down and one of my favorite things in the whole wide world, collegiate wrestling will be over, not to start up again until the end of October.  I've been working like mad preparing Qualifier previews for NAIA, DIII, DII & DI (in case you've been wondering why you haven't seen more out of me recently).  Week 14 as always gave the wrestling community a lot to digest. Perhaps more than usual. 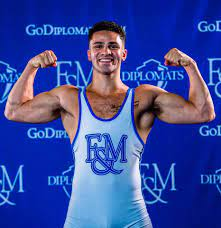 First off huge congratulations to Franklin & Marshall's Wil Gil on his 100th career win. He's only the third Diplomat to reach that monumental moment. I've enjoyed watching him throughout the years and hope to see him make his first appearance at the NCAA tournament in his final attempt. 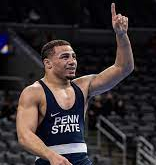 A well known personality in wrestling media tweeted this weekend that he thought Aaron Brooks might win the Hodge Trophy this season. After watching him this weekend, I'm thinking, "yeah, why not?"  Son of a gun, I thought that Taylor Venz of Nebraska might give him a match.  Why? Well, because you know he HAS beaten him before, but again SON OF A GUN.  Brooks made it look easy in a 14-1 major decision. Then he goes out and sticks Rocky Jordan of Ohio State.  I'm still not completely sold that he goes undefeated the rest of the season, but man if he wrestles like he did this weekend.....

Boy oh boy, Penn made a statement this weekend didn't they? Huge win over Lehigh & they did so in style with individuals stepping it up a notch and delivering on the mat.

I'm well aware that the Raiders play in Las Vegas now, but I specifically got the picture of the Oakland Raiders for a reason. I don't know about now, but when the Raiders were the Oakland Raiders they were the dirtiest team in all of the NFL. Is that the reputation that Oklahoma is going for now?  I've been a Sooner wrestling fan my whole life. Back when Jack Spates was coaching, there wasn't a bigger defender of Coach Spates than JT#1.  I'm not a hater and I won't be made out to be one, but I've seen some stuff out of Oklahoma this season that I'm not impressed with.  Let me make it clear it's only a couple of guys too.  Love Prata, Madrigal, Demas/Moore, Thomas, Roberts and Woodley.  I'm not impressed with Heindselman at all. His unsportsmanlike conduct that he displays consistently is embarrassing.  Then Mantanona? Normally I've been a big fan of his and maybe it was an accident. I want to believe it was an accident, but it looked to me like he deliberately choked Tristan Wills of Little Rock out on purpose.  This is collegiate wrestling. There are no submissions.  Totally uncalled for and extremely unsportsman's like if that was done on purpose. I'm all for legal pain, but illegal maneuvers have no place in our sport.  Which leads me to another point.... 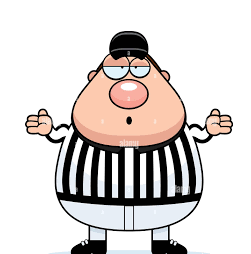 We need a serious evaluation of our officiating in collegiate wrestling. I realize how difficult officiating is. I realize how thankless of a job it is. No dispute from me on that.  However, it has become way too authoritarian and the referees have become way too egotistical. After the Little Rock Vs Oklahoma dual, the recap read & I quote, " After review, the officials determined that there would be no change to the call, and the Trojans were charged with the deduction of a team point for their protest."  I beg your pardon?  Excuse my French but a team point was deducted? #@#%@#!!  The Little Rock coaching staff had every right to question the situation. Every right! Wills could have been seriously injured. The officials holding the call & then deducting points from Little Rock is nothing more than an abuse of power saying, "Do NOT question me, sit down and shut up."  This needs immediate investigation & the NCAA should look into this immediately.  Something's gotta change here.

Cole Matthews of Pittsburgh continues to impress. He's one of the most improved wrestlers in the nation.  A thirty-three second fall over Columbia's Matt Kazimir and a workman's 3-2 decision over North Carolina's Kizhan Clarke.  I said this earlier on Twitter today and I'll say it again now.  Having Coach Pletcher & Coach Headlee in the room with him, beating up on him & teaching him is making all the difference in the world. It's paying off. Fun to watch. 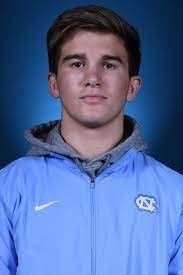 Speaking of the North Carolina Vs Pittsburgh match, what a huge win for Heilmann over Phillippi! If it isn't the biggest win of his career thus far, it's certainly one of them. 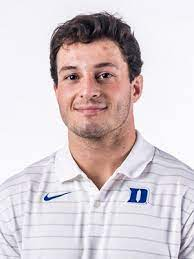 As to upsets, how about Wade Unger of Duke? 1-8 in his last 9 matches, with a losing record and pulls off a sweet 4-3 victory over Connor Brady of Virginia Tech.  Just goes to show that every match is wrestled for a reason and anything can happen. 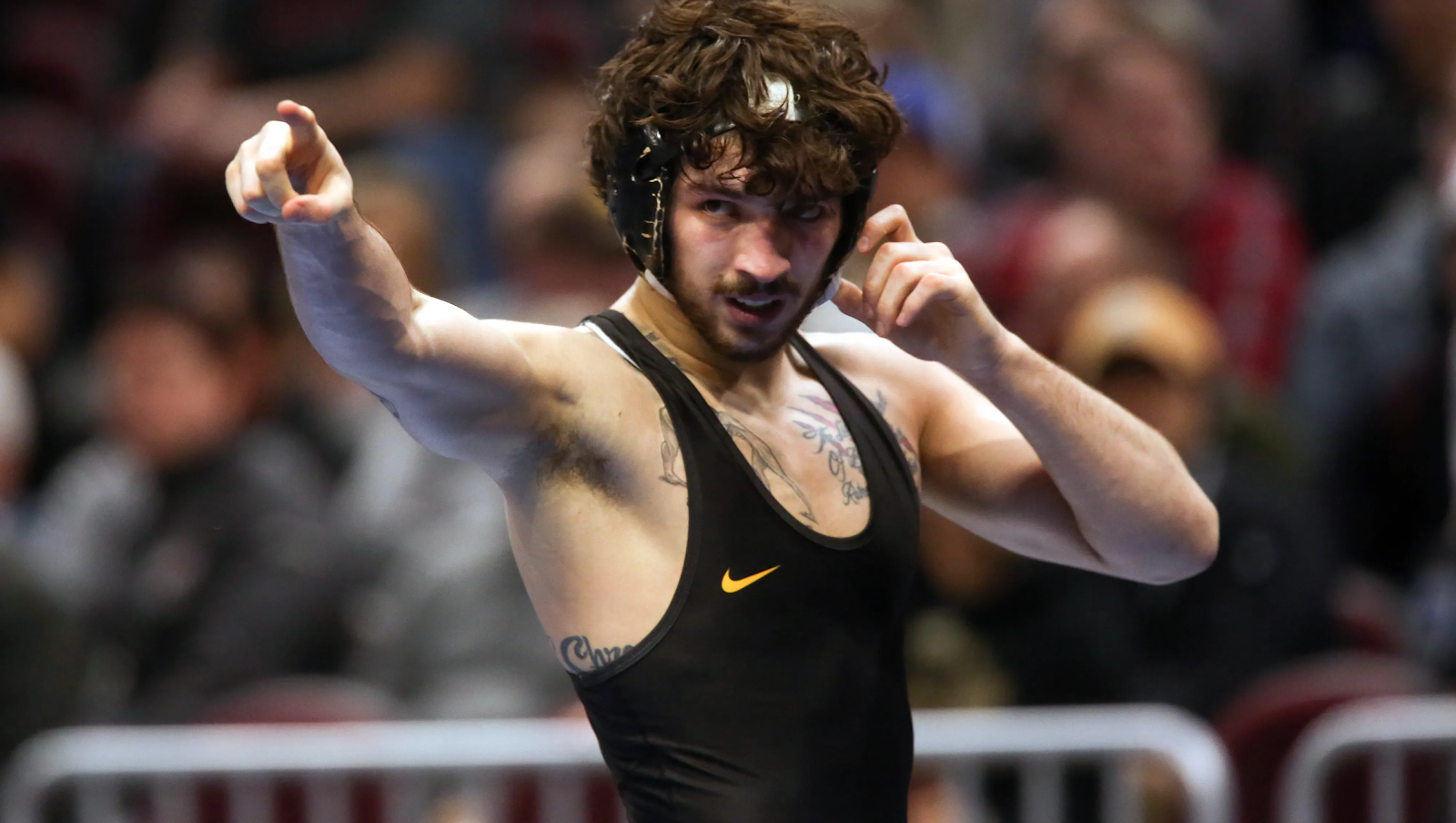 I heard, as have most of you that during the Iowa Vs Wisconsin match that Austin Gomez was called an inappropriate racial slur. I absolutely HATE that. It makes me sick to my stomach.  I know a lot of Iowa Hawkeye fans. I'm one of them. While I love all of collegiate wrestling, it was Iowa that first got me hooked. I remember being an itty bitty 7 year old back in the early 90's & having my first experiences with the black and gold.  I have known & I continue to know a ton of black & gold faithful.  None of them, not a single one would ever say something racist and act like that. It's beyond embarrassing, it's shameful.  I hope deep down inside Gomez, his family & the Badgers realize that whoever these idiots were, they do not represent the majority of Hawkeye wrestling fans.  Hawk fans want to see you get your butt handed to you on the mat & they may at times be extremely arrogant & obnoxious in the way they display that....BUT 99% of them would never in a million years ever stoop to the level of saying something racist like that. I've been around these people for 30 years. I feel very confident in saying that. I'm very sorry that Gomez had to experience that negativity.   To those that will rebuttal, "yeah, well he said back, ' ' ."  Ok, but put yourself in the situation.  If someone called you a racist name in the heat of the situation, how would you respond?


You know what else really bothered me about the Gomez Vs Vince Turk match?  How much Turk was disrespected.  Somewhat by some of his own people.  I kept hearing and reading this weekend, "A 3-2 match with Iowa's backup" "Couldn't hardly beat Iowa's back up"  "Squeaked by our backup."  Seriously people?  Do you have any idea how good Turk is?  He's not just some "back up."  He's a 2018 NCAA qualifier. A 2020 4th place Midland's finisher. He has wins over Ian Parker, Kanen Storr, Kizhan Clarke, Clay Carlson, Quinn Kinner, Kyle Shoop & Chad Red.  Of the 80 teams or so we have in DI, he'd be a starter and he'd be an NCAA qualifier.  He's a lot more than "just a backup." 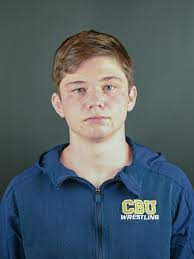 California Baptist's Hunter Leake with a huge 4-2 sudden victory over Chance Rich of Bakersfield. You know, I have to say I have a lot of respect for wrestlers who choose to compete for a school like California Baptist. While the rest of the nation will get ready for the post season, the Lancers last competition will be a dual against Northern Illinois.  As to NCAA rules, California Baptist is still not eligible for the post season. That has to be hard for wrestlers knowing they won't have a shot at conference glory, NCAA qualification or the chance to All American.  They put in the work, the time and the effort as does everyone else.  There's something admirable about that.  Something to respect.  Shows loyalty and a love for the sport beyond the credentials that one can earn.

This week I was a little more colorful and animated than usual. A little more opinionated. Just saw some things I felt needed addressed. Looking forward to week 15!

Posted by Stephen Stonebraker at 9:02 PM