Defending the Title: 1931: Who Did and Who Didn't Defend Their Title

Of the 1931 Champions, Oklahoma State's Jack Van Bebber won his third title as did fellow Cowboy Conrad Caldwell.  All of the other champions won their first title. 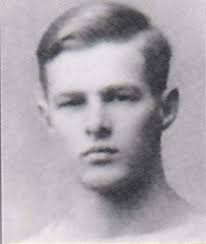 Engel had an interesting career, as he began wrestling for the first time as a freshman at Lehigh. After wrestling on the junior varsity as a sophomore, he improved well enough to take third at the 1930 EIWA championships.  By the time he was a senior in 1931, he won an NCAA title.


Pearce was a junior the time he was crowned champion for the Cowboys.  He would have to finish for runner-up honors the next season in 1932, but even though he lost out on a second NCAA title, what he did do in 1932 was win an Olympic Gold Medal.


A native of Ames, Iowa, Cole had won a state title for Ames High School before coming to Iowa State.  Although he had participated in both the 1929 & 1930 championships, he wouldn't make the award stand until his final appearance in 1931.  What better place to stand than on the #1 spot?  Post his career at Iowa State he coached at both Brown and Rhode Island University, as well as serving our country during World War II as a member of the U.S. Navy. 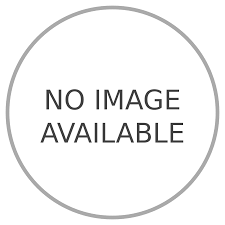 Have a bit of mystery here when it comes to Bill Doyle of Kansas State.  What I do know is that he was a senior in 1931.  What is fuzzy is what exactly he was doing in 1929 and 1930.  Doyle attended Douglas High school, which is two hours and 15 minutes from Kansas State.  According to Douglas's records, their coach in 1929 and 1930 was Bill Doyle.  Maybe Bill's Dad was also named Bill?  That could be the answer.  I can't see him spending nearly five hours on the road a day, while going to school to come back to coach.   What I do know is that the Bill Doyle who won the 1931 NCAA title, did coach at Douglas from 1952-1957.  His last three seasons included leading the team to three straight fourth place finishes at the state tournament, going 25-0 in duals.


Future pro wrestling legend LeRoy McGuirk who made a name for himself as promoter, was a junior at the time he won the NCAA title.  He'd make the finals again in 1932, this time having to settle for runner-up honors.  McGuirk's daughter Michelle, better known to pro wrestling fans as Mike, was an announcer in the WWE for 9 years.


NFL football star Jack Riley was as much of a force to be reckoned with on the mat as he was on the gridiron.  Winning his first title here in 1931 as a junior, he would repeat in 1932 as a senior.

Out of the eight champions crowned in 1931, as mentioned Oklahoma State's Van Bebber and Caldwell both won their third titles.

Jack Riley of Northwestern would go on to win a title in 1932.

Engel, Cole and Doyle were seniors

Pearce and McGuirk were unable to defend in 1932.


Posted by Stephen Stonebraker at 9:35 PM